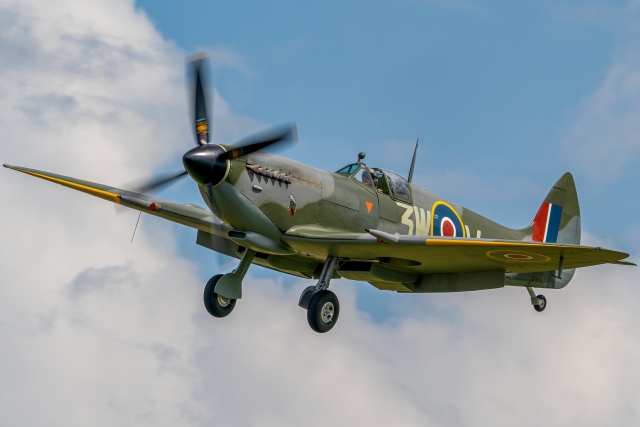 Every year, the population of the Netherlands commemorates its day of Liberation, 5 May 1945.

This year for the 76th time, the end of World War II in the Lowlands is celebrated. Like last year, very few public commemorations were held, as a result of the Covid-19 pandemic.

One exception was the aerial salute by a group of pilots of the Koninklijke Luchtmacht Historische Vlucht (KLuHV, Royal Netherlands Air Force Historic Flight).

In their historic aircraft the volunteers of this foundation overflew several Dutch cities. Photographer Chris Kooistra had his camera ready when the aircraft returned to their homebase, Gilze-Rijen. 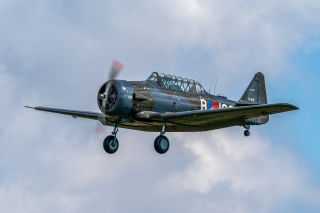 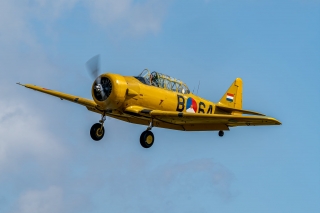 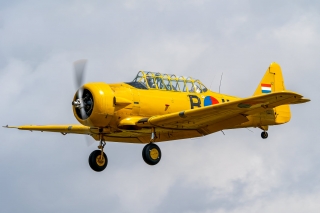 Amidst the aircraft used in the aerial salute were three North American AT-16ND Harvard IIbs, PH-IIB (as Koninklijke Luchtmacht, KLu or Royal Netherlands Air Force B-118), PH-LSK (as B-64) and PH-TBR (as B-182).

A true veteran of the war over Europe was present in the shape of Vickers Supermarine Spitfire Mk.XVIe PH-FVE. This fighter, carrying its historic RAF serial TB885, was flown by Dutch pilots in RAF’s 322 squadron during the final stages of the war. It is privately owned, but flown on behalf of the KLuHV).

The largest aircraft of the KLuHV foundation, North American B-25 Mitchell PH-XXV (as N5-149 of the Royal Netherlands East Indies Air Force) participated too. The colours of this bomber, pay tribute to the Mitchells flown by No 18 squadron NEI. This reminds us of the fact the Netherlands were able to celebrate their liberation on 5 May 1945, but that the people of the Netherlands Indies still had to endure Japanese occupation. They would have to wait until 14 August 1945 (VJ-day) before the liberation came! 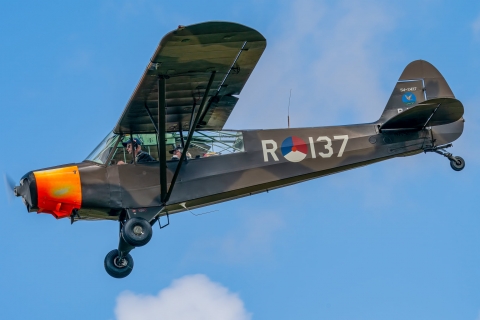 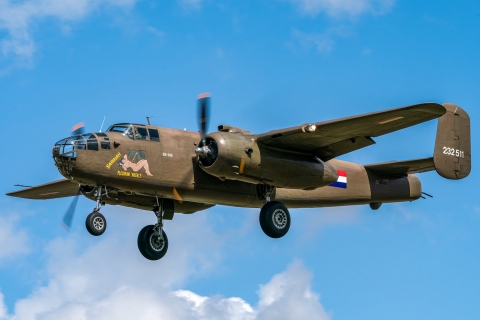