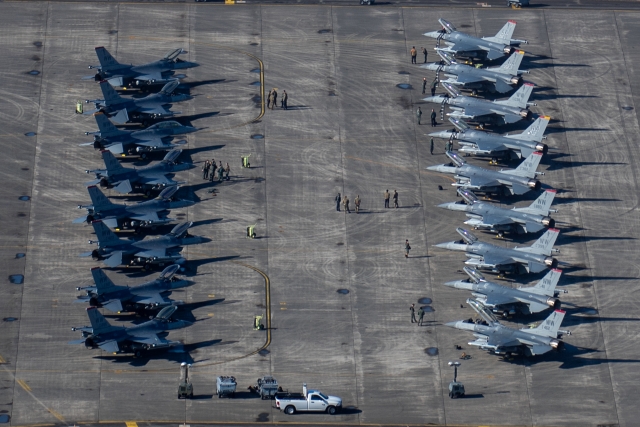 US Air Force F-35A Lightning IIs are flying, for the first time, alongside Japanese and Australian warplanes in a large-scale Pacific Air Forces’ exercise, which kicked off on Guam on 3 February 2021.

More than 1,800 US airmen, Marines and sailors are training alongside 400 Japanese and Australian troops during exercise Cope North, which runs through 19 February 2021. Most of the aircraft - some 95 of 23 units - are deployed to Andersen AFB (Guam).

The USAF Lightnings are deployed from the 356th Fighter Squadron, 354th Fighter Wing out of Eielson AFB (AK), along with other US aircraft (like B-52Hs of the 96th BS of Barksdale (LA),  F-16s from Misawa air base, Japan with support from KC-135s and KC-46s), will train with the Japan Air Self-Defense Force (JASDF) and Royal Australian Air Force (RAAF).

Both the JASDF and RAAF did not deploy their F-35s but have sent other types of aircraft to Cope North. They include F-15CJ/DJ Eagles, Mitsubishi F-2s, Kawasaki C-2 transport, US-2 martitime patrol and E-767 Airborne Warning and Control System aircraft. The RAAF deployed E-7A Wedgetails reconnaissance planes and KC-30 tankers. No word is said about RAAF jet fighters.

The F-35As will practice offensive and defensive air combat tactics, aerial refueling and working with the other air forces as well as humanitarian assistance and disaster response drills. The focus of Cope North is integration on common communications capabilities and web-enabled logistics support." Strikingly, the JASDF has the lead of the multinational task force in the exercise.

The tri-lateral Cope North is held not only from Andersen, but Northwest Field (Guam), Koror and Angaur (both Palau) as well as an austere airfield carved out of the jungle of Guam are used too. Andersen’s Northwest Field sits in “deep jungle” and is less than 8,000 feet long, with limited taxiway and hangar space, and no permanent airfield controls. The runway and taxiway pavement is rough, and only helicopters and C-130s have used it recently. A temporary mobile aircraft arresting system is being built for the event. For the exercise, the contingency response US Airmen will quickly clear the airstrip and ensure it is safe for F-16s and F-35s to come in, refuel, and turn the aircraft for combat operations.

Scramble is looking for a complete list of participating units. 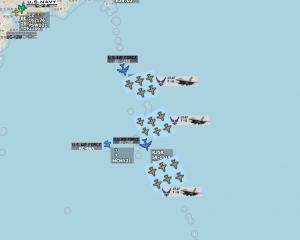 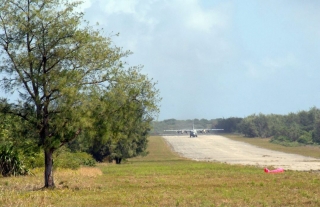 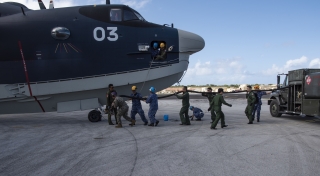