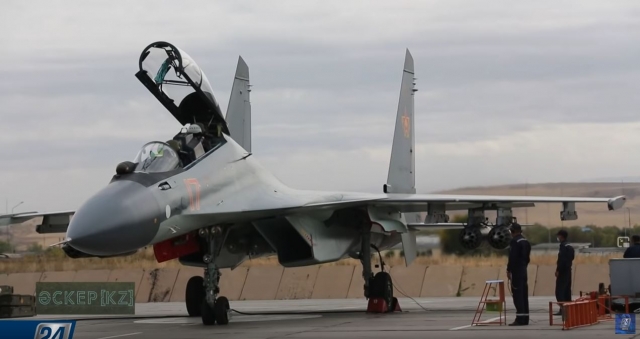 On 16 April 2021, at around 20:45 hrs LT, a Kazakhstan Air Defence Force Sukhoi Su-30SM crashed during runway approach training exercises at the aviation training centre of Balkhash, also known as the 609th Air Base. Balkhash is located in the centre of the country on the north side of Lake Balkhash.

Both pilots ejected safely and were rescued. An investigation into the cause of the accident has started.

On 14 October 2020, Scramble Magazine reported on the various contracts for the Kazakhstan Sukhoi Su-30SM fighter aircraft.