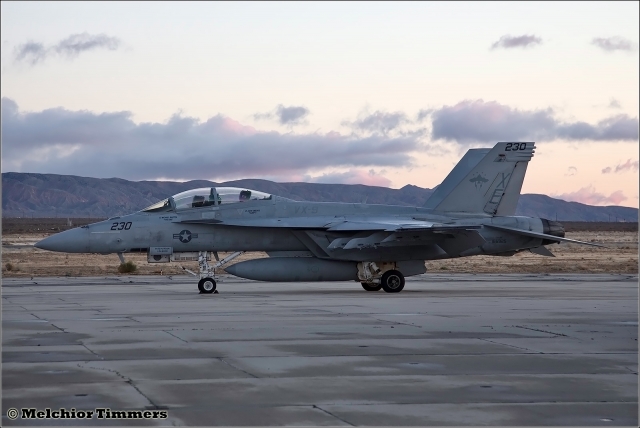 Search and rescue teams from Naval Air Weapons Station (NAWS) China Lake, Fort Irwin Army Base and Marine Corps Air Station Yuma responded to rescue the downed pilot, who was taken to a hospital in Las Vegas (NV). The pilot sustained no serious injuries and was released later that evening.

The aircraft was assigned to Air Test and Evaluation Squadron (VX) 9 Vampires ('XE-2xx') based at NAWS China Lake (CA). VX-9 has been testing the new Block III version of the Super Hornet but it is not immediately known if the aircraft that crashed was one of the new versions.

The US Navy will assist the National Park Service with the cleanup of the crash site.

Photo (illustrative for the type and unit) by Melchior Timmers