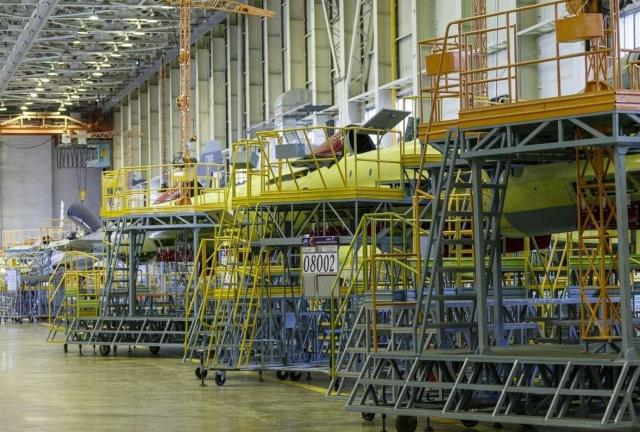 Deliveries of export Su-35s leaked in a video

As part of the the visit of Russian Defense Minister Sergei Shoigu to the KnAAZ aircraft plant in Komsomolsk-na-Amure (Russia), schedule of deliveries of the export version of the Su-35 might “accidentally” got into the picture caught by the media cameras.

What can we conclude from all this? Quite much, actually. First of all, we can assume that the first export order (Egypt) includes 30 Su-35 aircraft in overall, with 22 aircraft delivered/to be delivered this year and eight more aircraft in 2021. This quite well matches the spottings of at least five Al Quwwat Al Jawwiya Il Misriya (Egypt Air Force) examples in Novosibirsk during the ferry to Zhukovsky at the end of July 2020. 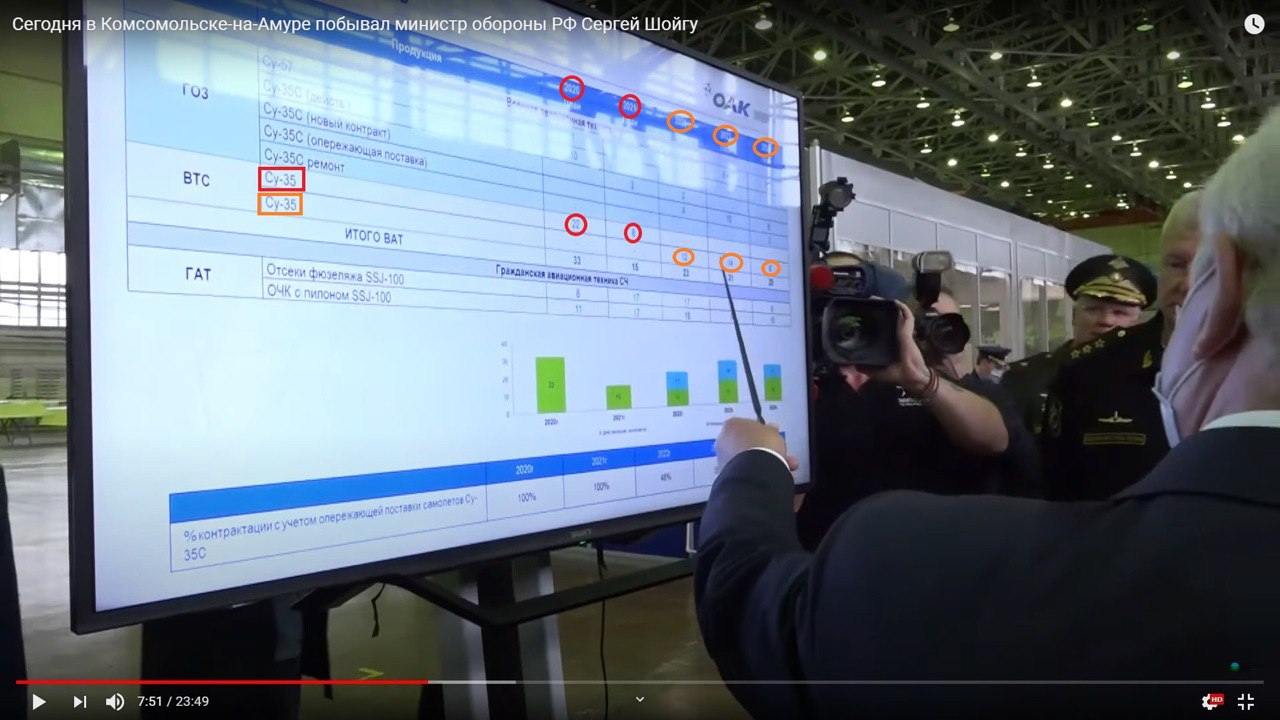 Even more interesting are the figures for the export of the Su-35 in 2022-2024 timeframe, totaling 34 aircraft (12 in 2022, 14 in 2023 and 8 in 2024). The most likely customer for these aircraft is the Force Aérienne Algérienne (Algerian AF) which is looking to replace all 1960-1970s era MiG-21, MiG-23, and MiG-25 aircraft from their fleet. Other guesses include a follow-up deal with the People's Liberation Army - Air Force (PLAAF), another deal with Egypt or more exotic options such as Vietnam or even Iran.

Finally, from the chart we can conclude that the already announced deal with Indonesia for 11 Su-35s has finally been cancelled under the pressure of the possible CAATSA sanctions or that the production slots for Indonesia aircraft have not yet been accounted for.

Another photo from the KnAAZ aircraft plant in Komsomolsk-na-Amure show Su-35s with construction numbers 08001 and 08002 visible.