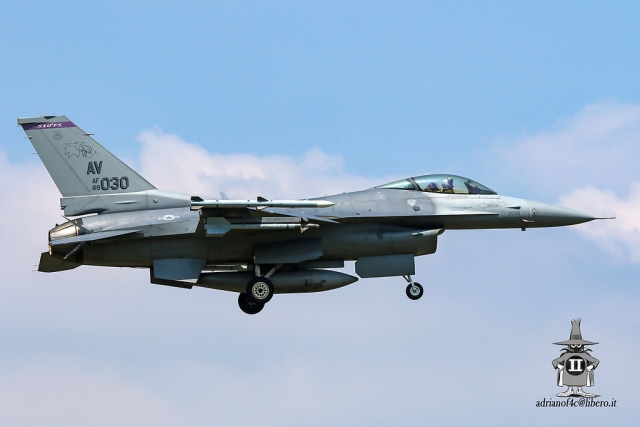 Starting this Friday, 28 August 2020, RAF Lakenheath (UK) will be host to eighteen Aviano F-16 Fightings Falcons. It is reported the aircraft are from 510th Fighter Squadron and will stay for one month at the Suffolk air base.

Aviano air base, home of the 31st Fighter Wing, is located in the north of Italy in the provence of Pordenone. The 31st FW currently consists of two fighter squadrons; 510th Fighter Squadron "Buzzards" and 555th Fighter Squadron "Triple Nickle". In total the Wing operates 52 F-16CM/DM Fighting Falcons.

Recently it was announced that the 480th Fighter Squadron "Warhawks" will vacate Spangdahlem Air Base and move to Aviano Air Base (Italy). In a future conflict, with the 480th FS having an Area Of Responsability (AOR) from the Baltic Sea and Poland, the 510th FS and 555th FS (also Aviano F-16 squadrons), having an AOR roughly in the area of the Black Sea region, a part of USAF's first response NATO border security becomes very clear. See Spangdahlem's Warhawks move again to Poland

Next to the two fighter squadrons, the Wing also operates the HH-60G Pave Hawk with the 56th RQS "Friends in low places". 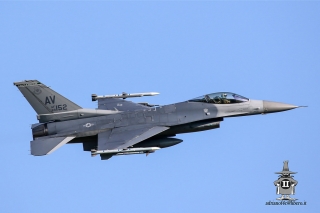 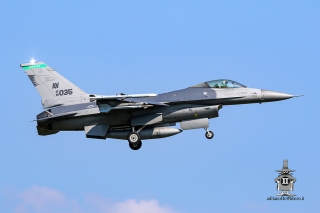 Photo: This email address is being protected from spambots. You need JavaScript enabled to view it.