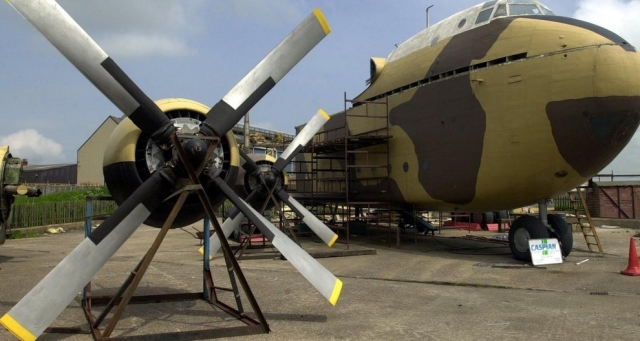 Dispute over a Beverley

Only one example of the giant Blackburn Beverley military transport aircraft, former RAF XB259, has survived. After its final flight to Hull in 1974 it was initially taken care for by the Blackburn Beverley Association. From 2000, the rare transporter was part of the museum in Fort Paull, Yorkshire’s only Napoleonic fort, near Hull.

Unfortunately the museum had to shut down its doors early 2020, and a proper new destination was sought for the aircraft. And although the museum volunteers had high hopes that the RAF Museum at Cosford (in Shropshire) or the National Museum of Flight at East Fortune, Scotland would give the aircraft a new home, the amazing costs of transportation - estimated as much as GBP 200,000 to GBP 300,000 - blocked these plans. And alternatively, it was decided to auction the Beverley, which took place on 19 September 2020.

It turned out that pilot Martyn Wiseman, who has an airfield near Selby, Birchwood Lodge (UK), bought the giant aircraft at the auction, having had his eye on it for already a year. He plans to dismantle and transport it to his private airfield first. This will take six months– the engines weigh two tonnes each – and then move by crane and low-loader from Paull Fort to his airfield. There is even a possibility the parts could get flown the 33 miles distance if the RAF decides to get its heavy-lift Chinook helicopter fleet involved. 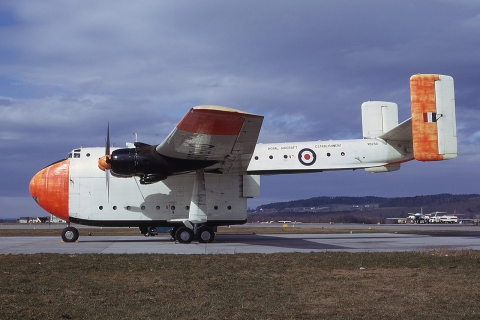 The Beverley will then be converted into a somewhat oversized bed and breakfast accommodation. The conversion will see the area where the paratroopers once waited to jump turned into two bedrooms, while the main cargo hold – which could carry 94 troops – will be a kitchen and dining area. In the cockpit, the pilot and co-pilot seats will be reupholstered and put on swivels, and guests can watch as aircraft land on Mr Wiseman’s runway. According to the new owner, scrap dealers from London had pushed the price of the Beverley up to GBP 18,000. The final bill for the aircraft together with parts like tyres came to GBP 34,000. Both he and philanthropist Georg Von der Muehll, a Swiss banker, have chipped in GBP 28,000 each. Both men share a passion for “radial” aircraft and neither could bear the prospect of seeing the aircraft chopped up for scrap.

In the months prior to the auction, volunteers of the Fort Paull Battery Heritage Site CIC (FPBHS CIC) have done their utmost to guarantee the future of the Beverley as a museum object. They were completely smashed by the news that the Beverley will be converted into a luxurious B&B. In an official announcement the Fort Paull Battery Heritage Site CIC states: “In the last couple of days, the CIC learnt of Martin Wiseman’s plan to convert the Beverley into holiday accommodation via a news article. He did not contact or inform us of any information prior to the press release (an additional grievance to the hard work so many have committed). The Fort Paull Battery Heritage Site CIC does not support this decision in any manner, and we will not facilitate this to take place. Over the past months our team has been working exceptionally hard meticulously planning the movement, restoration and archival process of the Beverley.” And: “FPBHS CIC cannot assist as it fundamentally goes against our moral, ethical, and historical stance. Therefore, as of the 6th of October 2020 at 10.00 hrs LT we, the FPBHS CIC, remove all our assistance, financial and otherwise from this now personal business venture.” 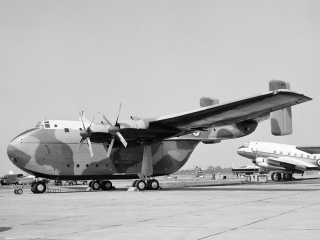 When it entered service in 1955, the Blackburn Beverley was the largest aircraft in the RAF. With its large cargo volume, the Beverley was designed for carrying bulk loads and operating from rough runways or dirt strips. The main cargo area could carry 94 troops, with an additional 36 in the tail boom.

In total, 49 aircraft were manufactured, but they were only in service for just over a decade before being retired in 1967. In RAF service, XB259 served operationally with several squadrons, including 47, 30, 34 and 53, with home bases at Abingdon and Dishforth, but it also deployed overseas to Aden (now Yemen), where two were lost to land mines during operations, Bahrain, Kenya and in Singapore during the Indonesian Confrontation in the mid- 1960s.

The aircraft was also briefly operated in Vietnam to support flood relief work. XB259 was also the last Beverley to fly – its final landing was on the grass strip at Hull Aero Club near Paull on 30 March 1974.