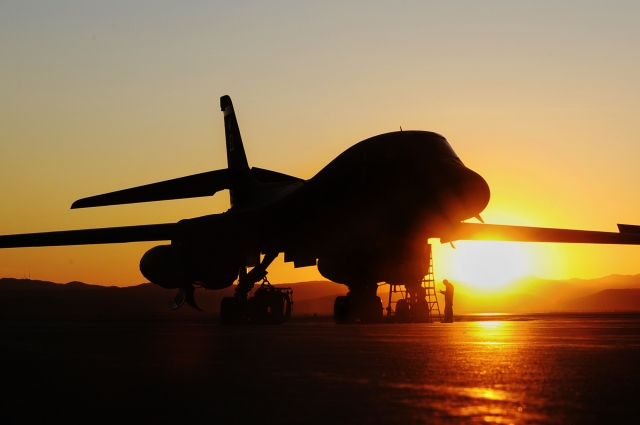 Downsizing of operational B-1B fleet has been completed

On 23 September 2021, the, for the time being, last Lancer bomber departed Edwards AFB (CA) to fly to the Boneyard at Davis-Monthan AFB (AZ). The divestiture of the B-1Bs is in support of USAF's efforts to modernise America’s bomber fleet, as authorised by the National Defense Authorization Act (NDAA). The 17 bombers were retired from a fleet of 62, leaving 45 in the active inventory.

Out of the aircraft retired, one went to Tinker AFB (OK) as a prototype for structural repair actions; one went to Edwards AFB (CA) as a ground tester; one went to Wichita (KS) to the National Institute for Aviation Research (NIAR) for digital mapping; and one went to Barksdale AFB (LA) as a static display for the Barksdale Global Power Museum.

The remaining 13 aircraft are now stored at the Boneyard with the 309th Aerospace Maintenance and Regeneration Group at Davis-Monthan AFB in Type 4000 storage. Four of those will remain in a reclaimable condition that is consistent with Type 2000 recallable storage (aircraft allocated for reclamation purposes). These four are marked with a *.

Scramble Magazine can now provide an overview of the retired Lancers. The following 13 B-1Bs are now stored with the 309th AMARG at Davis Monthan AFB (AZ):

The other four retired B-1Bs have taken over various roles as a second life: