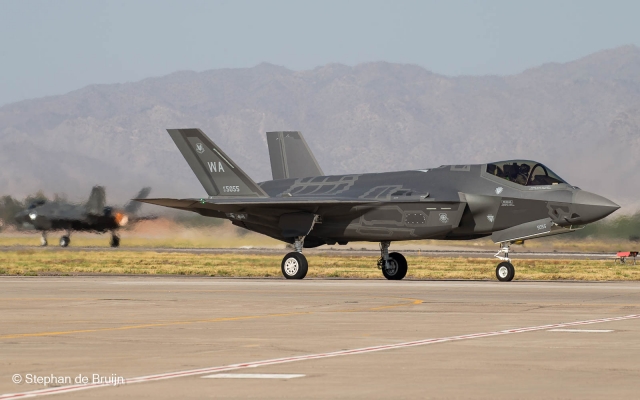 The 123rd aircraft is an F-35A, but this one was not born in the US, but built at the Cameri Final Assembly and Checkout (FACO) facility (Italy). The aircraft (possibly MM7363) was delivered to the Aeronautica Militare (AMI, Italian Air Force). In 2020, 74 F-35s were delivered to the United States, 31 to international partner nations and eighteen to Foreign Military Sales customers.

In response to COVID-19 related supplier delays, in May 2020 the initial annual delivery goal was revised from 141 to 117-123 aircraft to strategically avoid surging, which would increase production-related costs and create future delays and disruption.

Currently, there are already more than 600 Lightning IIs operating from 26 bases and ships around the globe. More than 1,200 pilots and 10,000 maintainers are trained, and the F-35 fleet has surpassed more than 350,000 cumulative flight hours. Nine air forces operate the 5th gen stealth aircraft (Australia, USA, Great Britain, Italy, Israel, Japan, the Netherlands, Norway and South Korea). Of these, nine services have declared Initial Operational Capability while six services have employed F-35s in combat operations (US Air Force, US Marine Corps, Israel, Royal Air Force, Royal Navy and ...?). The US Air Force deployed the F-35 for eighteen consecutive months from April 2019 until October 2020 in the US Central Command Area of Responsibility with hundreds of weapons employments over Iraq and Syria in support of Operation Inherent Resolve, its US servicemembers and their allies.

According to the statistics, the mission capable rates for the F-35 continued to improve through 2020. It reached rates greater than 70% across the fleet, and even higher for deployed squadrons. The F-35 participated also in major exercises and served as an all-domain fighter that highlighted the aircraft’s ability to gather, interpret and share information with various platforms.

2021 will see additional deliveries to all aforementioned countries, while Denmark will become - if the plan works out - become the tenth Lightning II user.