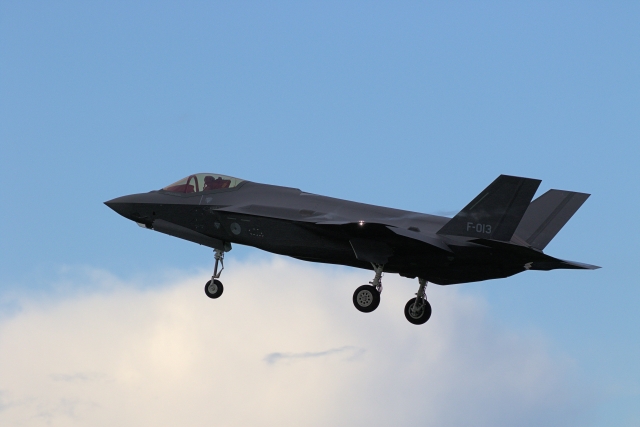 Earlier this month we mentioned that the latest two Lightning IIs (F-013 and F-014) had some construction issues that had to be solved first. Solving these issues, of which the exact nature has not been mentioned, took some weeks.

With callsign NAF322, the new Lightning II departed FACO Cameri (Italy) at 10:00 hrs LT and arrived around 11:30 hrs LT at Leeuwarden air base.

Cameri air base (Italy) is the only Final Assembly and Check Out/Maintenance, Repair, Overhaul & Upgrade (FACO/MRO&U) facility outside the US, for the final assembly of F-35s to be delivered to Italy and the Netherlands. We are looking forward to see F-014 also to be delivered this month.