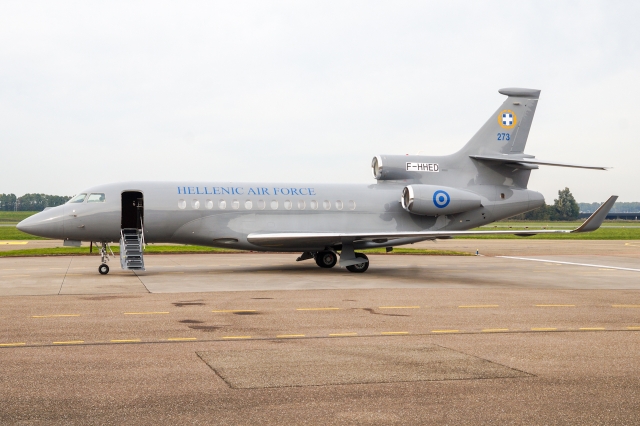 The Elliniki Polemiki Aeroporia (Hellenic Air Force, HAF) is about to take delivery of a Falcon 7X. The bizjet has been painted at Lelystad in the Netherlands and has the temporary France registration F-HHED still applied. In service with the Greeks Ai Force it will become 273, which is also the construction number of this 2015 built Falcon, and you can see it on the tail already. Previous registrations are F-WWUK and OO-JUK.

Originally, the bizjet was to leave Lelystad on 18 October but the departure was pushed back with one day due to technical issues.

The Falcon 7X will join the ranks of 352 MMYP of the Hellenic Air Force. This squadron, based at Elefsis near Athens, also flies with two ERJ135s and a Gulfstream V.