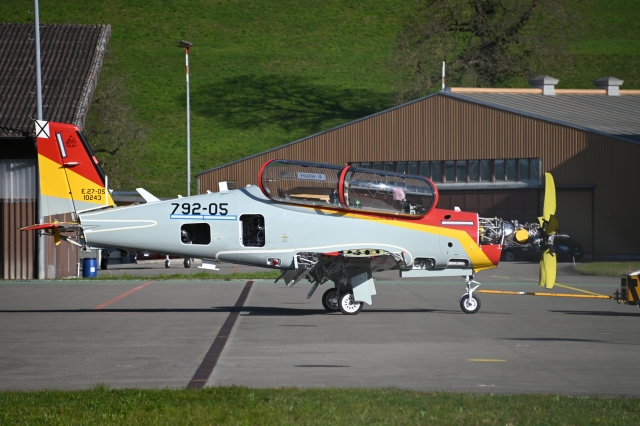 Aviation friend Stephan Widmer photographed it while it moved from the paintshop to the final assemblage hall at the Pilatus Flugzeugwerke factory, Stans/Buochs (Switzerland) at the end of March 2021.

Earlier it was announced that the first six PC-21s would have been delivered to Spain during March 2021. Although that is not the case, the first deliveries are expected shortly. In November 2019, 24 PC-21s were ordered by the EdA.

The majority or all will be operated by the training unit Escuela Elemental (792 Esc.) with La Academia General del Aire (AGA) based at Murcia/San Javier on the southeast coast of Spain.

The first six aircraft are intended for training of future instructors. Due to the delay in delivery, the curriculum in the 2021/2022 academic year can not start as initially intended.