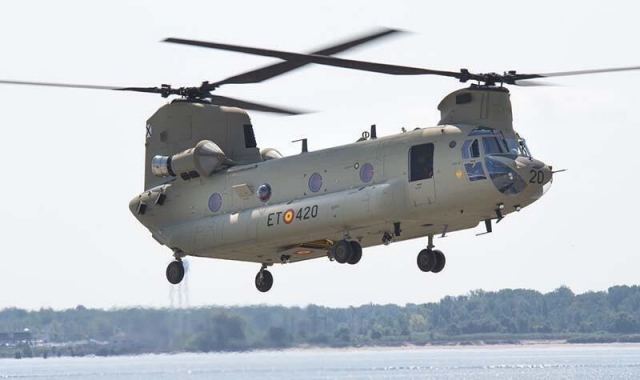 The Chinook was fully painted, although not in the well-known FAMET camouflage pattern, and coded ET-420. The serial could not be read on the photo, but will most probably be HT.17-20.

In April 2018, the US State Department made a determination approving a possible Foreign Military Sale to Spain of seventeen CH-47F Chinooks for an estimated cost of USD 1.3 billion. The legacy Spanish CH-47Ds will be transported to Boeing in Ridley Park (PA), where they will be upgraded to F-model configuration alongside US Army Chinooks undergoing the same modernization process. The upgraded Chinooks will receive a digital automatic flight control system, common avionics architecture, and an improved cargo handling capability.

Spain was the first foreign operator of the Chinook helicopter when they received the CH-47C in 1973. Almost fifty years later, they continue to operate the twin-engined, tandem rotor, heavy-lift helicopter with the latest variant. In July 2021, twelve CH-47Ds were noted stored at Colmenar Viejo (Spain) awaiting transportation to the USA. The twelve aircraft were: