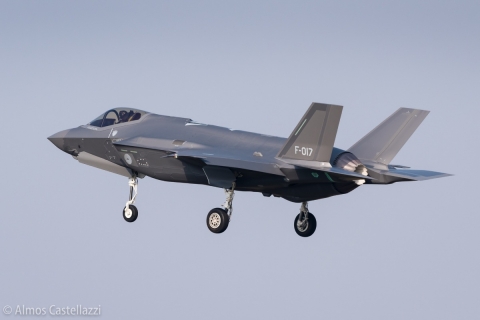 The KLu Lightning II, serial F-017 (construction number AN-17), performed its first flight at Cameri air base eighteen months after the first in Italy produced F-35A (serial F-009). Cameri air base (Italy) is the only Final Assembly and Check Out/Maintenance, Repair, Overhaul & Upgrade (FACO/MRO&U) facility outside the US, for the final assembly of F-35s to be delivered to Italy and the Netherlands.

The RDAF Lightning, serial L-001 (construction number AP-01), performed its first flight from the Lockheed Martin facility at Fort Worth (TX). The aircraft will be handed over to the RDAF in April 2021 and will be flown to Luke AFB (AZ).