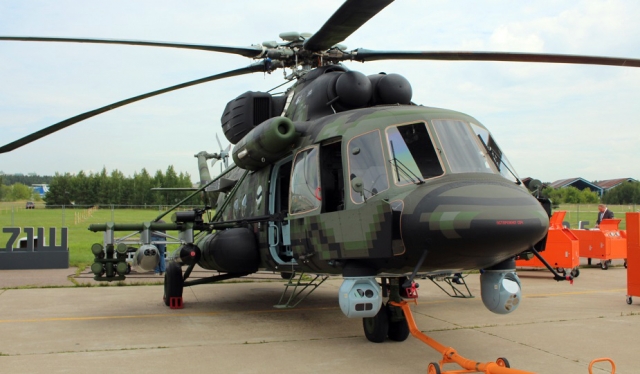 On 9 August 2021, the Mi-8AMTSh-VN made its first flight. According to the Russian Ministry of Defence (MoD), the new helicopter is the 'world’s most armed and most protected military transport helicopter’.

The new variant is an extreme modernisation of the venerable Mi-8 helicopter making it an attack helicopter capable of transporting fully equipped troops and eliminating the need for attack helicopters to escort the Mi-8 on missions.

The AMTSh-VN has a new designed main rotor with blades made of composite materials. It is capable of accelerating up to 270 kilometres per hour, has new Klimov VK-2500-03 gas turbine engines, a more powerful TA-14 auxiliary power unit and an updated avionics package. It features pylons for carrying missiles and will be equipped with machine-gun mounts and infra-red and other sensors for providing situational awareness. The AMTSh-VN is also protected against small arms and has counter-measures to deflect missiles.