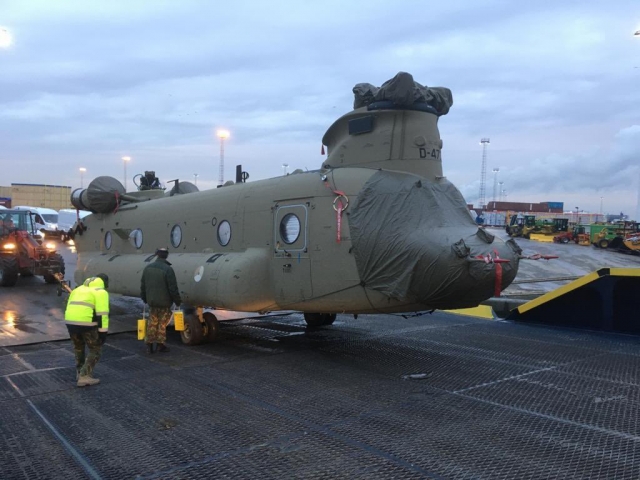 Two brand-new Koninklijke Luchtmacht (KLu, Royal Netherlands Air Force) CH-47F Chinooks have arrived in Antwerp harbour (Belgium) where they will be transported to Woensdrecht air base (The Netherlands) for final assembly.

The Foxtrots will be assigned to 298sq at Gilze Rijen air base. The serials of the two Chinooks are D-472 and D-473.

298sq is equipped with six recently acquired CH-47F (NL) and eleven obsolete CH-47Ds Chinooks. In the Defence budget for 2015, the Dutch government decided to invest in improving the employability and sustainability of the armed forces, including the extension of the KLu Chinook capacity with three helicopters, making it a fleet of twenty Chinooks. The project “Chinook Replacement & Modernisation” involves the acquisition of fourteen new CH-47F MYII CAAS Chinooks for the replacement of the eleven older CH-47Ds. The expansion of the fleet, as well as the standardisation of the Chinook fleet through the modernisation of the current six CH-47F (NL) - completed by late 2021 - makes it that the squadron can operate the transport helicopter until 2045.

The Chinook “Replacement and Modernisation” project will lead to a reduced employability of the Chinook throughout the transition period. The new Chinooks are now regularly delivered since the end of March 2020. Eventually, five CH-47F MYIIs will be used for conversion training at Fort Hood (TX) and fifteen will be based at Gilze-Rijen. 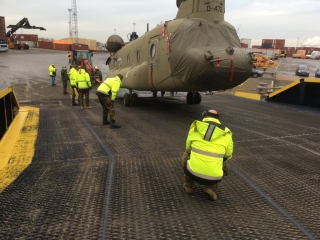