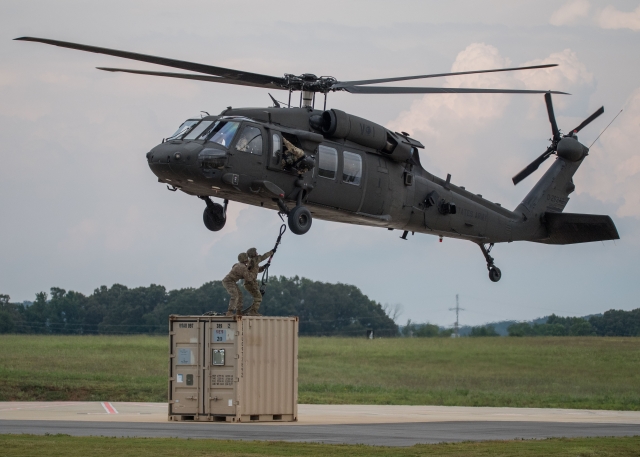 First UH-60V Black Hawk ready for delivery to US Army

The UH-60 Victor is a retrofit of the UH-60L, including many updates, most notably a modernised glass cockpit similar to that found in the UH-60M. The upgraded cockpit of the UH-60V increases a pilot’s situational awareness while reducing the pilot work load, resulting in a more capable and safer helicopter.

By this modification the new UH-60V is nearly identical to the UH-60M pilot-vehicle interface (PVI) which is a great user advantage as pilots are familiar with the system and will have an identical training and operational experience. Somewhere in February 2017, the first UH-60V was handed-over to the US Army Aviation Flight Test Directorate (AFTD) for the first series of developmental testing. The next step, that started on 12 July 2018, is the limited user testing (LUT). In this phase the system’s operational readiness, capabilities and compatibility with the UH-60M pilot-vehicle interface will be evaluated. In 2019, Initial Operational Test and Evaluation was completed and the helicopter entered the Low Rate Initial Production (LRIP) phase.

According to the Scramble Magazine database the following UH-60Vs are active with the AFTD:

By re-capitalizing the current legacy fleet, the US Army will be able to deliver the UH-60V with UH-60M like capabilities for significantly less than the price of a new aircraft. Additionally, the commonality between the two is nearly identical, which reduces training cost. If the budget complies some 600 UH-60Ls will be converted to UH-60Vs.

Photo by US Army