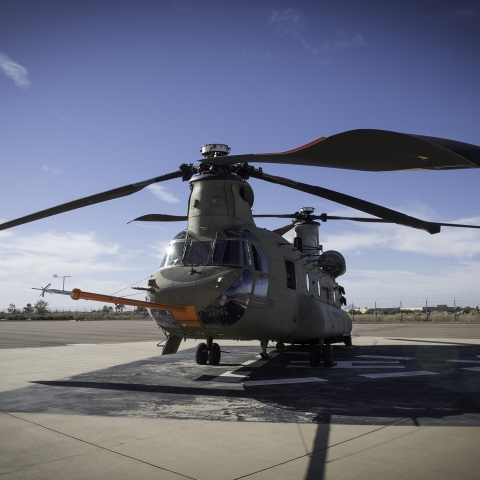 On 20 April 2021, Scramble Magazine reported on the RAF Chinook deal, when an agreement was reached between the UK Ministry of Defence (MoD) and Boeing. At that moment there were no given timelines yet.

The RAF has ordered the Block II variant of the Chinook, which means that the UK is the first international operator of this variant. All work is expected to be completed by July 2026.

The Block II aims for a payload of 22,000 lb (10,000 kg) with 4,000 ft (1,200 m) and 95 °F (35 °C) high and hot hover performance, eventually increased up to 6,000 ft (1,800 m), to carry the Joint Light Tactical Vehicle; maximum take-off weight would be raised to 54,000 lb (24,500 kg). It features the distinctive composite-based Advanced Chinook Rotor Blade (derived from the cancelled RAH-66 Comanche) which has a swept-tip design, 20% more powerful Honeywell T55-715 engines. A new fuel system combines the three fuel cells in each sponson into one larger fuel cell and eliminating intra-cell fuel transfer hardware, reducing weight by 90 kg (200 lb) and increasing fuel capacity.