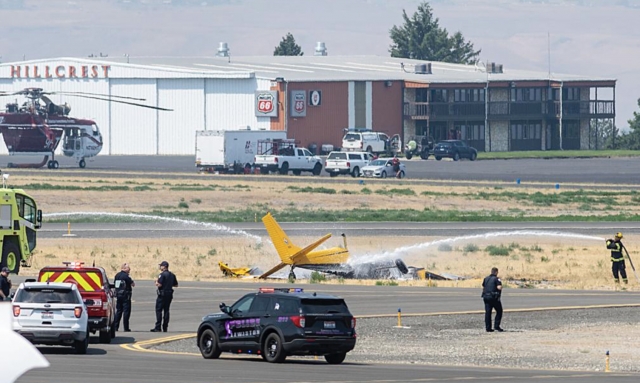 The sole occupant of the two-seat small aircraft was fatally injured on impact and the ensuing post-crash fire. Details remain sketchy but the aircraft impacted the grass next to taxiway Charlie, broke in pieces and was destroyed in a fire that was quickly put out.

The bright yellow aircraft is a high-wing STOL (Short Take-Off and Landing) design based on the Cessna 0-1 Bird Dog.

The pilot was world famous Ret. Navy Capt. Dale “Snort” Snodgrass, one of the United States warbird scenes most respected pilots. Snodgrass is known for his many airshow performances in warbirds. He also was a legendary F-14 Tomcat pilot in the United States Navy and was famously photographed in a knife edge pass, close to the USS America aircraft carrier, in 1988. 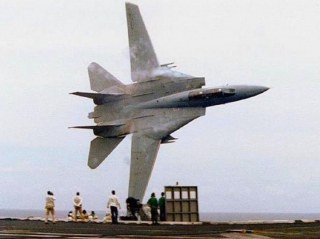 “Snort” was the F-14 demo pilot for the Navy for more than a decade and has flown an enormous list of warbirds at airshows around the USA. Dale was 72 years old.