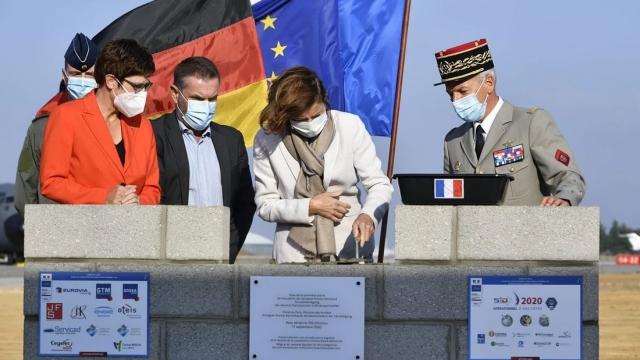 "For the first time, aircraft, crews and mechanics will work in the same Franco-German unit. This unprecedented integration shows the strength and coherence of European defense ..." said French Defence Minister Parly. The squadron should be ready for use from 2021.

The yet unnamed squadron will operate ten Lockheed Martin C-130J transport aircraft, four French and six German, will be stationed at Evreux/Fauville (Normandy) by 2023 and operated by 260 airmen, 130 French and 130 Germans. At Base Aérienne 105 (BA105), work has already begun to provide a new building for the squadron, new operating areas and parking spaces for the aircraft on an area of ​​20 hectares. The costs are put at 70 million euros, which are financed by both France and Germany.

Four French Super Hercules aircraft, two C-130J-30s and two KC-130Js, have already been delivered to Escadre de Transport 2/61 "Franche-Comté" (ET02.061) at BA123 in Orléans/Bricy before moving to Evreux/Fauville in the summer of 2021. The other Hercules transport aircraft of ET02.061 are not involved in the new squadron. The new unit's transport aircraft are intended for logistical transport, but also for in-flight refueling, especially for helicopters. The six German aircraft, three C-130J-30s and three KC-130Js, will arrive between 2021 and 2023 in order to achieve full squadron capacity by 2024.

The project agreed in 2017 by Chancellor Angela Merkel and the then newly elected President Emmanuel Macron provides for Franco-German pilots and mechanics teams to fly and maintain a total of ten transport aircraft regardless of their nationality. "That has never happened before," said the French defence minister. "It's a real revolution: for the first time, pilots and mechanics, French and German airmen will train, work and fly missions together and share their everyday lives in a squadron," she said.