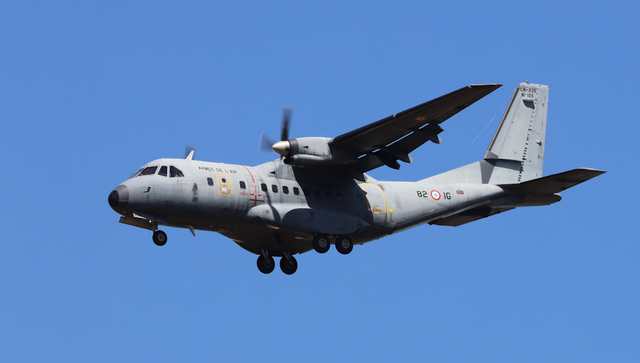 The deal, valued at € 107 million, includes the firm part of the development, qualification and certification of the avionics modification including the delivery of a prototype for each of the two versions of the aircraft, CN235-200M and CN235-300M, by the end of 2026. The modernisation of all 27 aircraft in the fleet will be done between 2026 and 2031.

The aim of this complete cockpit overhaul is to bring the aircraft into compliance with the new international air navigation standards to enable them to continue integrating into civil air traffic by increasing navigation precision and replacing obsolete equipment. The upgrade will also improve navigation performance for tactical missions.

Thales gave details on workshare between the two companies, which have formed a Temporary Company Group. Sabena Technics at Dinard (Brittany) will will carry out the mechanical and electrical modifications of the aircraft, the integration of avionic equipment, the additional type certification and military qualification of the refurbished aircraft.

Thales supplies TopStarC GPS receivers, inertial navigation systems, and the TopDeck suite that is already fitted to ATR72-600 regional transport aircraft but is specially redesigned for the CN235s. Finally, Thales will equip these devices with the latest generation of radio altimeters, immune to 5G interference. The Bordeaux, Brive, Châtellerault, Toulouse, Valence and Vendôme sites will contribute to this modernisation programme.

The new avionics will allow the CN235s to blend into traffic and the life of the fleet is expected to be extended to 2040.

The CN235 is a medium-range twin-engined transport aircraft capable to carry five tons of cargo or forty passengers. The current fleet, divided into nineteen CN235-200M and eight CN235-300M, is operated in mainland France, overseas and in the context of external operations for various missions. The oldest aircraft is already in service since 1992. The following units operate the transporter: