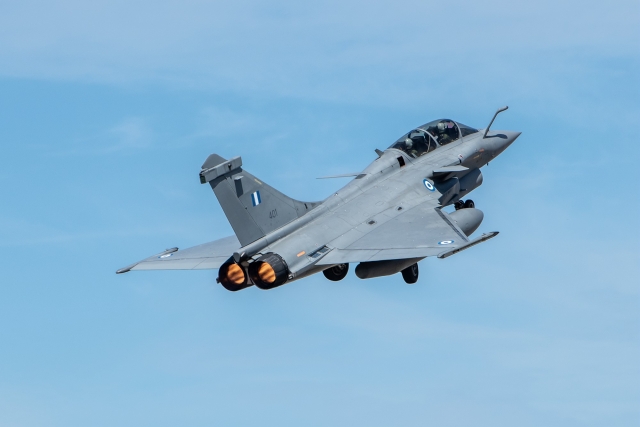 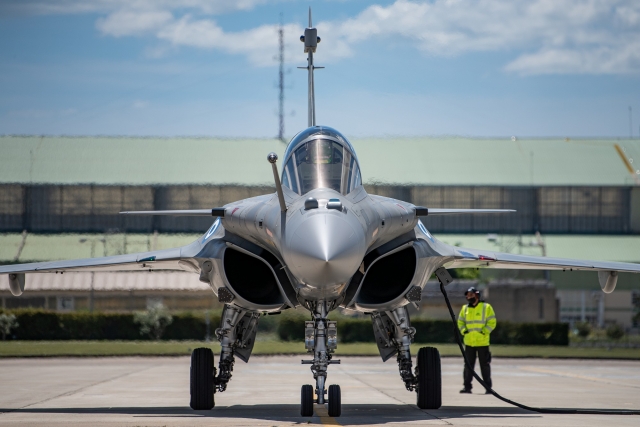 Handover of the first Rafale to Greece 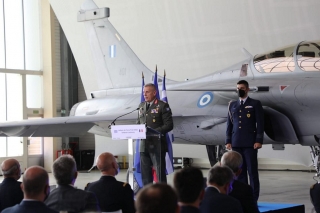 The delivery ceremony for the first Rafale F3-R for the Elliniko Polemiki Aeroporia (HAF, Hellenic Air Force) was held on 21 July 2021 at the Dassault Aviation Flight Test Center in Istres.

This first delivery comes only six months after signing the acquisition contract for eighteen Rafales. The first aircraft and the following five come from the inventory of the French Air Force and Space (AAE) and will allow the training of HAF pilots.

The first group of HAF pilots, already trained for several months by the French Air and Space Army, and 50 HAF technicians will join the Dassault Aviation Conversion Training Center (CTC) in Mérignac (vicinity of Bordeaux) to continue their training.

The Rafale will provide the HAF with a multi-role combat aircraft participating in the country's sovereignty. In the past, Athens had already adopted the Mirage F1, Mirage 2000 and Mirage 2000-5 from the French aircraft manufacturer. This first Rafale B, serial 401, is reported to be ex-French Air Force N°305.