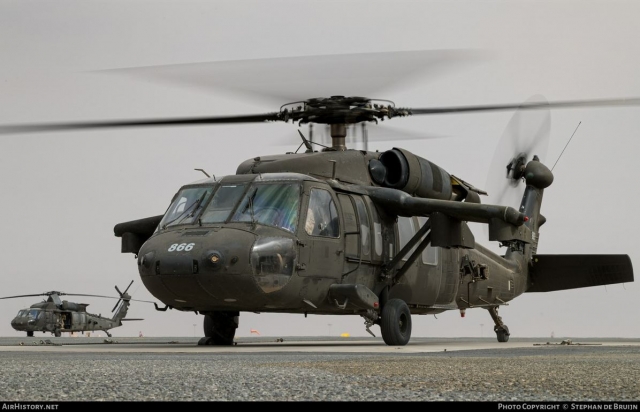 Hard landing of US (Black)hawk in Syria

A US H-60 made a hard landing in northeastern Syria on 18 January 2021, as a spokesperson for Operation Inherent Resolve said.

The H-60 conducted the hard landing just before noon while it was performing on a flight in support of local OIR operations. The incident was not the result of hostile activity. The H-60 is badly damaged and must be airlifted out of the region, which is most probably the Al-Hasakah governorate.

All occupants of the helicopter remain safe and no injuries were reported. The initial cause of the incident is determined to be mechanical failure.

The US is still operating in the eastern part of Syria, east of the Euphrate river, and near al Tanf in southeastern Syria, close to the three-country region of Iraq, Syria and Jordan.

The US Army is operating UH-60A/L/M and HH-60M Black Hawks and US Air Force HH-60G Pave Hawks in the tumultuous region.