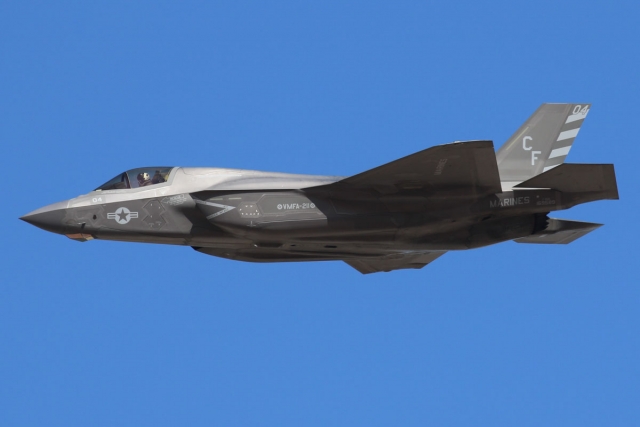 The F-35Bs will participate in the exercise Crimson Ocean on board the HMS Queen Elizabeth. But before joining this exercise, the US Marine Corps personnel will face a planned period of quarantine and preparation before going to sea.

After returning from two months at sea in early July 2020, HMS Queen Elizabeth has spent the summer alongside in Portsmouth preparing for an Autumn Group Exercise (GroupEx) which will be part of the Joint Warrior (JW202) construct. The Joint Warrior exercises are usually run twice each year in March-April and September-October off the West coast of Scotland. There was no JW in April 2020 and the GroupEx will also see a bigger surface escort group join the UK Carrier Strike Group (UKCSG) and will include Dutch and US warships. The September GroupEx will be a big step-up in complexity from the modest scale of the recent exercise Crimson Ocean, consisting of 10 days of work-up, followed by two weeks of ‘free play’ in combat scenarios. Next to the ten USMC F-35B Lightning IIs, the air group will consist of five UK F-35B Lightnings and six Merlin helicopters. With 15 jets on board, this will be the largest embarkation of F-35s afloat in the world so far.

It is not known yet how long VMFA-211 will stay in the UK. There are rumours of several months.

The "Wake Island Avengers" received their first F-35B Lightning IIs in May 2016. On 30 June 2016, VMA-211 was redesignated as VMFA-211, becoming the second fleet squadron in the Marine Corps to operate the F-35B Lightning II as their primary aircraft. 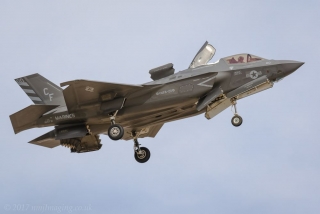 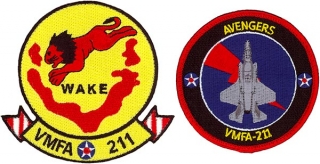