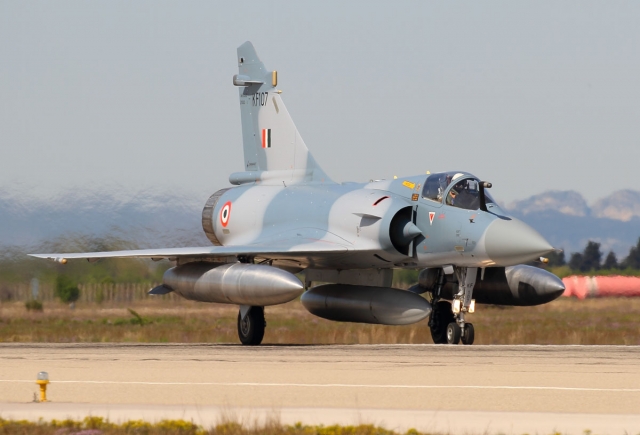 The need for the additional Mirage 2000s is to strengthen the IAFs ageing fleet of the fourth-generation fighter and also secure parts for its three existing squadron; 1 Squadron Tigers, 7 Squadron Battle Axes and 9 Squadron Wolfpack, all operating from Gwalior/Maharajpur Air Force Station (AFS) in the state of Madhya Pradesh.

It is reported that the IAF has initialled a contract worth 27 million euros to buy the Mirage 2000s and that the aircraft will soon be shipped to India in containers. Out of the 24 aircraft, thirteen are in complete condition with engine and airframe intact with eight of them ready to fly after servicing. The remaining 11 aircraft are partially complete but with fuel tanks and ejection seats, which will be scavenged to secure parts.

The IAF purchased around fifty Mirage 2000H and Mirage 2000TH way back in 1985 with a maintenance contract that expired in 2005. Ten additional Miarges were bougth in the early 2000s. In 2015-2016 a new maintenance and upgrade contract was signed with Dassault Aviation.

The exact variant of the 24 additional aircraft was not revealed, but this might be a mix of single seat and dual seat aircraft.