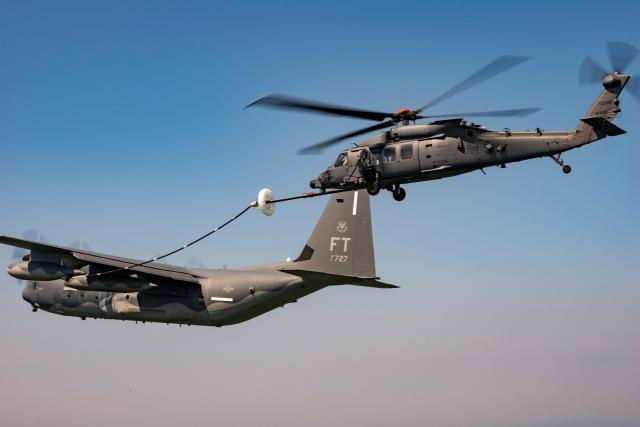 Since the beginning of August 2020, USAF’s newest Combat Search And Rescue (CSAR) helicopter, the HH-60W, has been undergoing a new phase of developmental and operational testing. A big step for future CSAR operations occured recently. A Jolly Green II, connected with a HC-130J Combat King II tanker for the inaugural aerial refueling, approximately 3,000 feet above Eglin AFB. This first connection marked the start of two weeks of developmental testing of the aircraft’s aerial refueling abilities by 413th FLTS testers and their mission partners. This capability is essential for a CSAR mission since it greatly extends the operating range of the HH-60W and allows future operational units to extend their rescue capabilities over a larger battlespace.

The 413th FLTS's job is to evaluate how difficult aerial refueling will be for operational pilots and to identify any unforeseen hazards due to the unique configuration of the HH-60W, which may not have been present in the legacy HH-60G Pave hawk. The first missions will be during daylight hours. After that, testing will conclude with a nighttime evaluation using night vision goggles. The latter is a critical test milestone for the programme as it reinforces the superior capabilities of the HH-60W and its ability to support the USAF’s CSAR mission. The aerial refueling mission marks yet another 2020 milestone for the HH-60W programme. So far, the Jolly Green II has undergone radar, weather and defensive system testing.

Currently seven HH-60Ws are being used for tests and evaluations, four of which are with the 413th Flight Test Squadron at Florida's Eglin AFB and Duke Field. 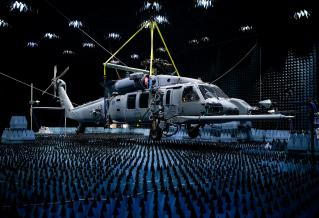 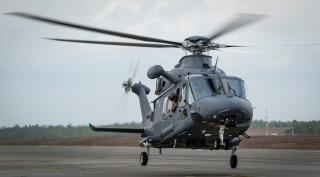 Almost simultaneously, a new MH-139A Grey Wolf made its way from the Boeing production line in Philadelphia (PA) to Duke Field (FL). Pilots from Boeing and Air Force Global Strike Command’s Detachment 7 jointly ferried the aircraft to Duke Field where developmental test operations are being conducted by Boeing and the 413th Flight Test Squadron supported by AFGSC Detachment 7.

AFGSC's 341st Missile Wing at Malmstrom AFB (MT) and the 1st Helicopter Squadron at Joint Base Andrews (MD) are soon the first to be replacing the venerable UH-1N Twin Huey. On 4 August 2020, senior leaders of the 341st Missile Wing, the first wing scheduled to receive the helicopter, conducted a ribbon cutting for the new Grey Wolf alert facility under construction at Malmstrom AFB (MT). 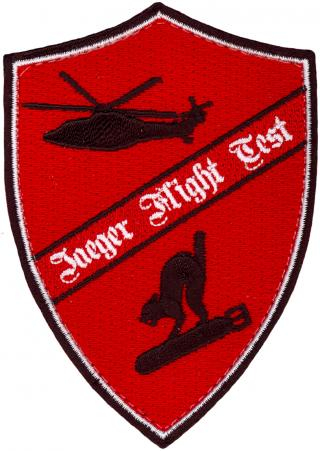 Currently five MH-139As are being used for tests and evaluations, four of which are with the 413th Flight Test Squadron/AFGSC Detachment 7 at Florida's Eglin AFB and Duke Field.