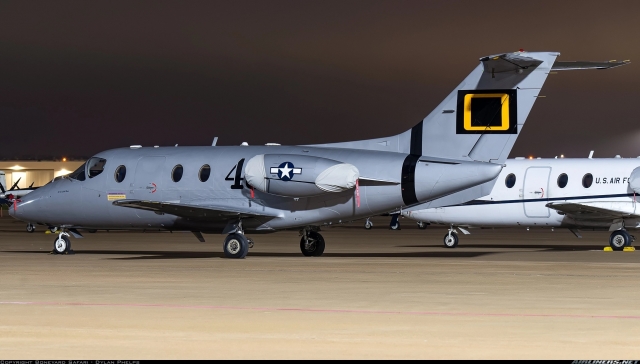 Due to the approaching Hurricane Delta, several military airports in the southeast of the United States were evacuated last week. Training aircraft from the 14th Flying Training Wing, based at Columbus AFB (MS), were dispatched to other locations.

The 43rd Flying Training Squadron's Spitten Kittens T-1A Jayhawk, with serial number 95-0043, painted in heritage colours , showed up at Fort Worth-Alliance Airport (TX). Our 'Boneyard Safari' aviation friends saw and photographed the aircraft in the dark on 10 October 2020 whilst being with many other training aircraft on the tarmac of Fort Worth-Alliance.