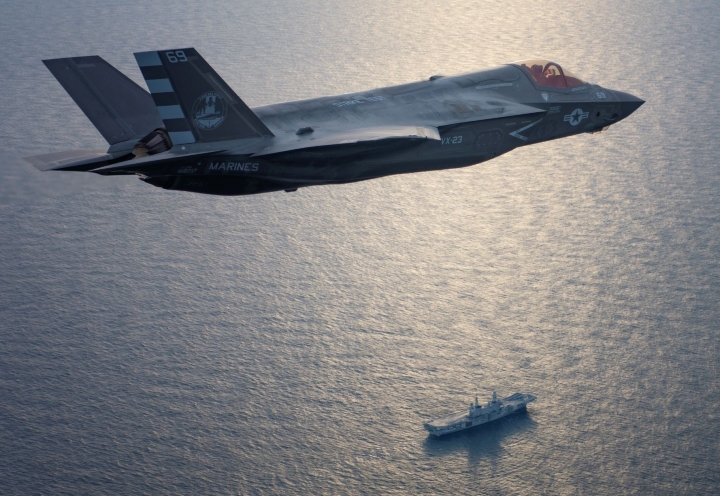 Following the Scramble News of 3 March 2021, "Two Lightning IIs have landed aboard Italian aircraft carrier ITS Cavour", the US Navy revealed some very nice photos of F-35B 168717/69 of Air Test and Evaluation Squadron (VX) 23 Strike ('SD-xx') passing high over the Italian flagship.

Salty Dog 69 is also furnished with a nice ITS Cavour (CVH-550) marking on the right tail (the left tail shows the normal VX-23 markings). This F -35B involved in the seatrails was accompanied by BF-05/65. That F-35B still sports the badge of HMS Queen Elizabeth seatrials and “QNLZ” titels on tail, and also carrying “Marines” titles. Although VX-23 has the SD-tailcode assigned, both STOVLs do not show this on the right side of the aircraft. 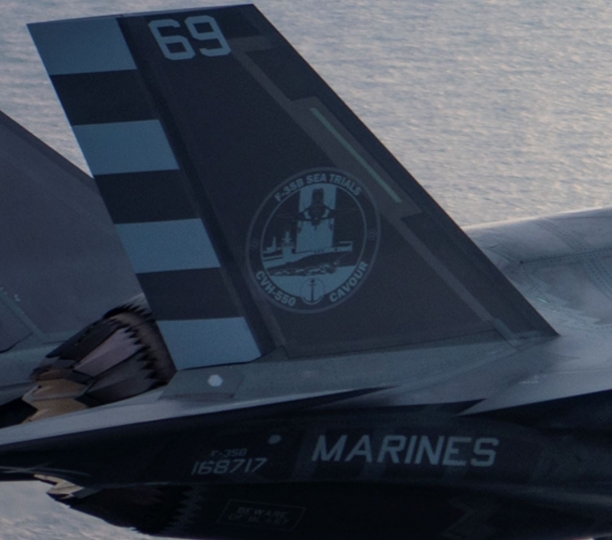 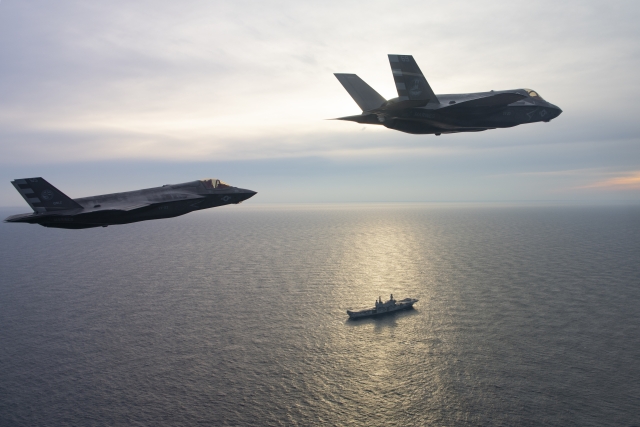 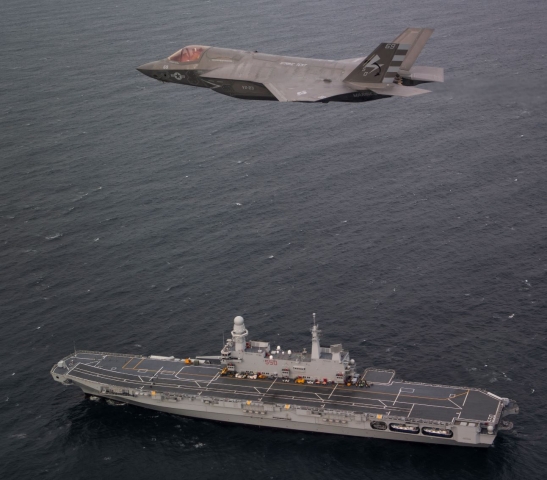 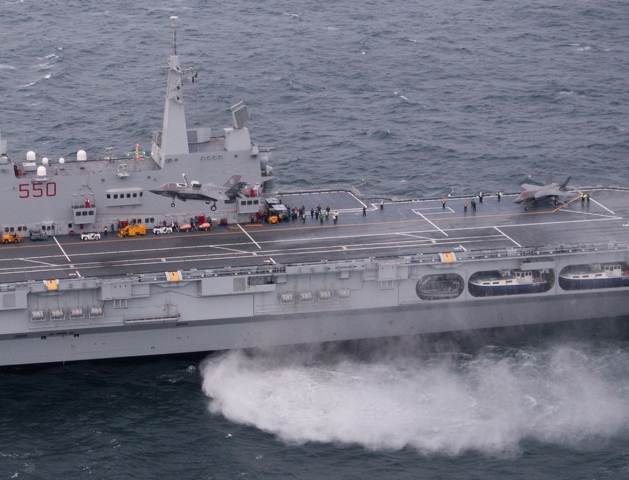