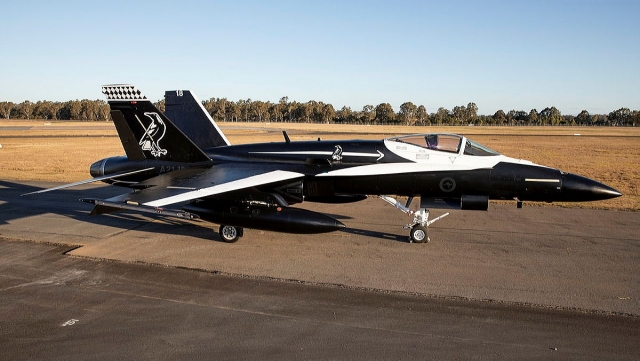 Being in twilight of its carrier, legacy Royal Australian Air Force (RAAF) F/A-18A Hornet A21-18/18 has been painted recently by Boeing Australia.

Besides turning up to participate in the exercise "Talisman Sabre 2021", and if servicebility permits, no doubt 75 Squadron's black Hornet will also be present during the RAAF 100 years anniversary festivities.

75 Squadron Seek and Strike is the last squadron operating the legacy Hornet. The unit is based at RAAF Base Tindal (NT). It will re-equip with the Lockheed Martin F-35A Lightning II in the near future.