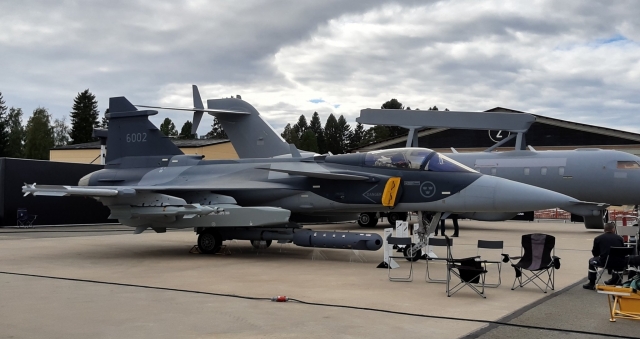 Surprise visitors however at this year's Air Show were two special aircraft from Swedish soil. Both the Saab JAS39E Gripen and the Bombardier Global 6000 GlobalEye departed from Linköping (Sweden) on 27 August to participate in the Air Show. The next generation Gripen E with out of sequence serial number 6002 (c/n 39-6002) was first put on static showing off an array of air-to-ground loadout. Later, the three-tone grey splinter camouflaged JAS39E flew some flawless air displays above Kauhava. The military grey coloured GlobalEye with registration SE-RMU (c/n 9787) could not hide his real identity. After upgrades and modifications, this aircraft will be delivered to the United Arab Emirates Air Force (UAEAF). The UAE markings were covered with tape at Kauhava. 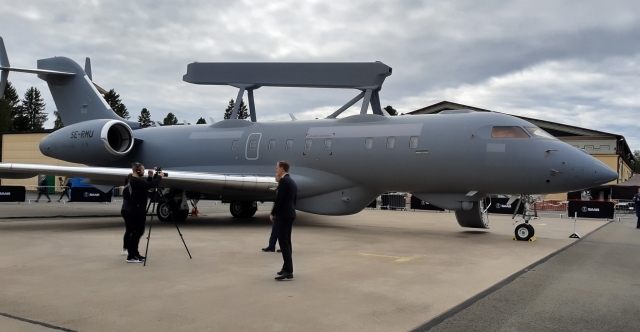 At the beginning of 2020, the Finnish Air Force started the HX programme. Finland’s HX programme is a multi-role fighter competition to replace its legacy F-18 Hornets. It is no secret that Saab has taken the step of adding the force-multiplying GlobalEye Airborne Early Warning (AEW) and Intelligence Surveillance Reconnaissance (ISR) platform to its offer of the Gripen E/F so that it can generate a wider set of capabilities. 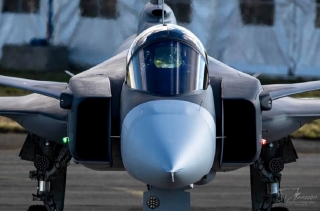 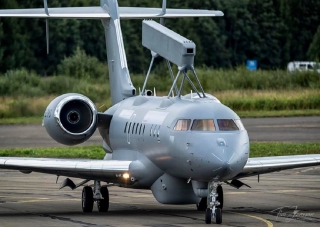 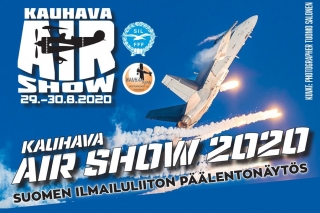