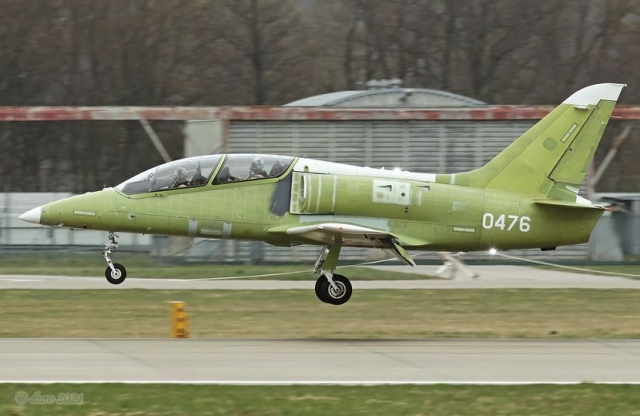 The Czech government offered Slovakia a long term industrial participation in the L-39NG programme together with an in-country training package at the moment the Slovak government will decide for eight L-39NG single-engined jet trainers. The Slovak minister of defence, Jaroslav Nad, said in July 2020 that he would seriously consider this proposal.

In October 2020, there was a meeting at Sliac air base with representatives of fourteen air forces from three continents and several civilian operators of L-39s to share their experiences with the L-39. The commander of the SAF, Major General Lubomir Svoboda, was among the participants along with representatives from Hungary, Nigeria, Senegal, Vietnam and other countries.

In July 2018, the Slovak Ministry of Defense announced that they decided to purchase fourteen new Lockheed Martin F-16 Block 70/72 fighters to replace their ageing MiG-29s. The L-39s could be a welcome addition as a Fighter Lead-in Trainer for the F-16s.

At this moment only five SAF L-39s are operational, two L-39ZAMs and three L-39CMs. The trainers belong to Tactical Wing, 2. Výcviková letka and are based at Sliac. The other unit based at Sliac is 1. Bojová Letka operates the MiG-29 of which eleven are operational, nine MiG-29AS and two dual seat MiG-29UBS.