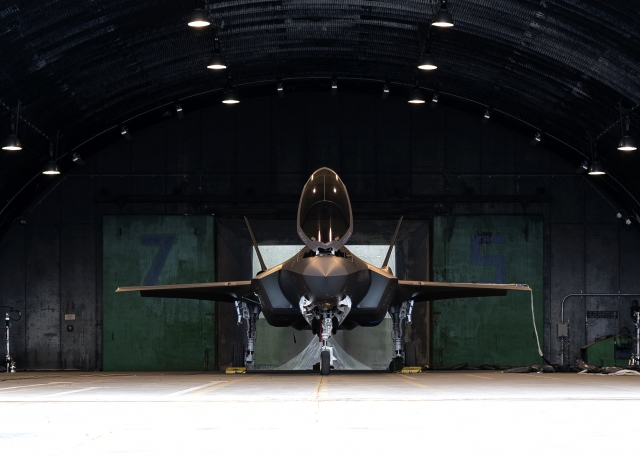 While the first 495th Fighter Squadron Valkyries F-35A Lightning IIs, including c/n AF-302 (future serial 19-5474 to be confirmed), take shape at Lockheed Martin's Fort Worth plant (TX), RAF Lakenheath (UK) gets prepared for their arrival during the fourth quarter of 2021.

Scramble Magazine reported on the first Lakenheath F-35A on 30 April 2021.

At the end of April and beginning of May 2021, Lakenheath played the host for two Vermont Air National Guard F-35As and personnel assigned to the 134th Fighter Squadron/158th Fighter Wing. Vermont's 'VT' coded Lightnings 17-5278 and 18-5361 travelled to the 48th Fighter Wing at RAF Lakenheath, to perform various tests.

Alongside the Vermont Airmen, personnel from the F-35 Joint Programme Office(JPO), and members of the Air Force Research Laboratory (AFRL) joined the tests.

As Lakenheath will be the first USAF air base were the Lightning II will be housed in a Hardened Aircraft Shelter (HAS), tests and evaluations were conducted to collect acoustic and bioenvironmental data. The two F-35As were run for two days in different shelters, while the rest of the two-week visit involved equipment set-up and test calibration. Speaking of protective aircraft shelters.

While the South Koreans at Cheongju air base, Italians at Foggia-Amendola Air Base and Norwegians at Ørland air base have opted for new aircraft shelters and hangars for their Lightnings, the Netherlands, and future F-35 users Belgium and Denmark are working to sort out their use of F-35 HAS and hangar operations.

The aircraft shelters at Lakenheath that were tested have been in place since the Cold War and have sheltered aircraft like the F-111F Aardvark and most recent the F-15C/D Eagle and F-15E Strike Eagles. Given the fact that the Lightning's engines, sound, and thrust profile are very different comparing to those of the Aardvark and (Strike) Eagle, tests are necessary to determine the parameters of a safe HAS operation.