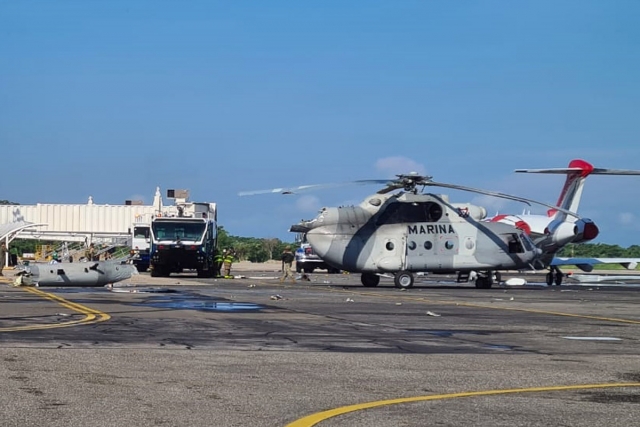 The mishap occurred during a landing maneuver after the helicopter returned from a from a reconnaissance flight in the area.

It is reported that one person was injured and was transferred to a hospital to receive medical attention.

The Mexican Navy has nineteen Mi-17s in her inventory of which two are written off (ANX-2206 and ANX-2224) and one is now severely damaged, maybe declared written off.