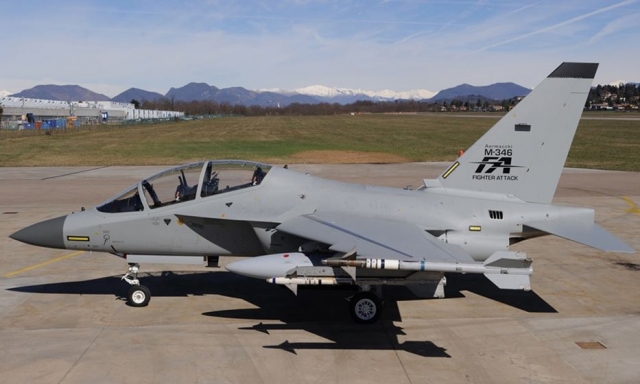 Leonardo will supply 24 Leonardo M346 Master jet training aircraft to the Nigerian Air Force. The first six aircraft are already expected to be delivered this year.

According to the information, the new aircraft are reported to replace the Alpha Jets, of which thirteen are still active according to the Scramble database. The exact version of the M346 Master has not been revealed, but it might be possible that Nigeria ordered the dual role M346FA Fighter Attack version.

On 15 November 2020, we reported on the progress of the Nigerian in-country Periodic Depot Maintenance (PDM) of two Alpha Jets plus the planned in-country Life Extension Programme (LEPs) on three L-39ZAs. One might believe that both classic training aircraft will still be around for some time with the solely task of jet training.

The M346s will also be used as a lead-in trainer for the new Chengdu PAC JF-17 fighter aircraft that were ordered with the Pakistan Aeronautical Complex (PAC). Nigeria’s proposed 2018 budget confirmed that the African nation will obtain the Chengdu PAC JF-17 fighter aircraft. The budget allocation of USD 36 million (N13.1 billion) was earmarked as partial payment for three aircraft. This makes Nigeria the first buyer of the type to be officially named. The JF-17s were due to arrive in Nigeria in November 2020, but delays due to the worldwide pandemic crisis seemed inevitable.