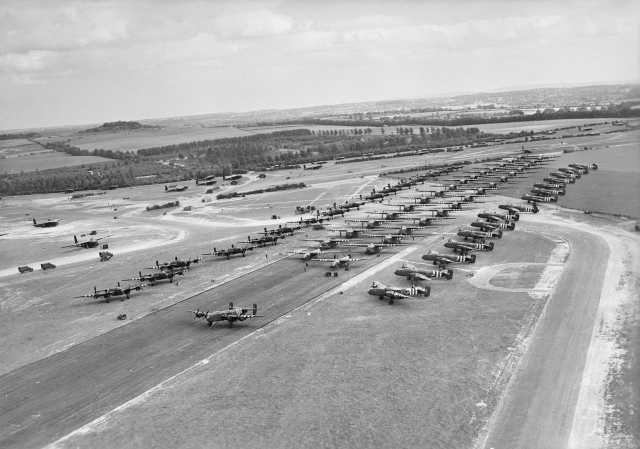 D-day: 6 June 1944, a day to remember. On this day, now 77 years ago Allied Forces crossed the Channel for the Invasion of Normandy. It was the beginning of the end of World War II in Europe. An immense number of ground, naval and aerial forces had been gathered to deliver the final blow to the Third Reich.

The aerial forces were nothing less than an air armada: 3950 fighters, 4450 bombers, 1370 transport aircraft, and 670 gliders were used in the D-day operation, generally referred to as Operation Overlord

To give an impression of how parts of South-West England must have looked like on that day, we show this photo of an average airfield where assault gliders had been prepared: RAF Tarrant Rushton in Dorset. Part of 6th Airlanding Brigade, 6th Airborne Division, waiting to the airfield on the evening of 6 June 1944. On the runway are Hamilcar heavy gliders, preceded by two Horsa troop-carrying gliders, while parked on each side of them are Handley Page Halifax glider-tugs of Nos. 298 and 644 Squadrons RAF.