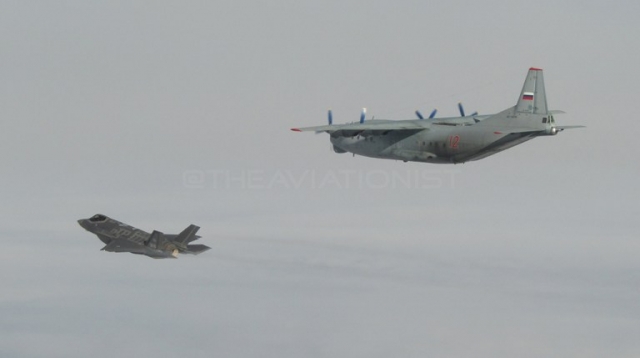 Our aviation friends from The Aviationist reported that Aeronautica Militare (AM, Italian Air Force) F-35A Lightning IIs deployed to Ämari Air Base (Estonia), to support NATO’s Baltic Air Policing (BAP) mission, carried out the first interception of a Russian aircraft.

On 14 May 2021, the F-35As, belonging to 13° Gruppo/32° Stormo Armando Boetto, normally based at Amendola Air Base (Italy), were scrambled from Ämari after the Combined Air Operations Centre (CAOC) at Uedem (Germany), detected an unidentified aircraft over the Baltic Sea flying from mainland Russia to the Kaliningrad exclave.

Photo: Aeronautica Militare via The Aviationist