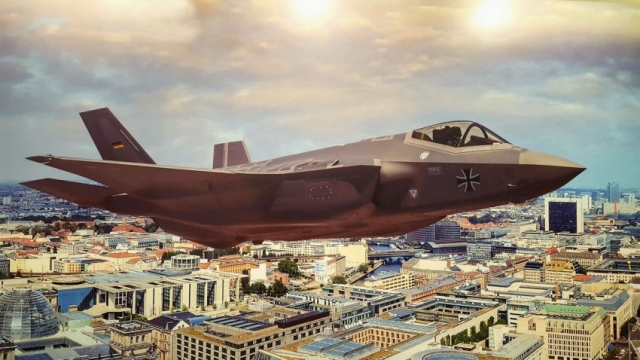 As expected, the Luftwaffe (GAF, German Air Force) Lockheed-Martin F-35A Lightning II fighter aircraft will be based at Büchel air base in the Eifel region.

The air base has been closed early June 2022 for an extensive upgrade and reconstruction programme that is expected to be finished in February 2026.

The decision to base the Lightning IIs at the Eifel air base is not surprising as Büchel is the homebase of the Panavia Tornado IDS of the Taktisches Luftwaffengeschwader 33 (TLG33) and, above all, according to several reports (never been officially confirmed), it is also the base where the US nucleair devices required to fulfil NATO’s nuclear sharing agreement, are stored. By 2030, the nuclear strike mission will transition from the Tornado IDS to the F-35A, with the latter able to carry the B61-12 bomb in the internal weapons bay.

The decision to acquire the F-35A Lightning II was officially announced on 14 March 2022 via a tweet by the German Ministry of Defence, Christine Lambrecht: "The decision on the Tornado successor has been made: With the F-35 aircraft type, the task of nuclear sharing will be guaranteed in the future. The goal is to replace the Tornado by 2030.”

On 16 June 2022, the German Ambassador to Washington (DC), Emily Haber, publicly announced on her twitter account that the German pilots will learn to fly the F-35A at Ebbing ANG base/Fort Smith (AR). The GAF will be the second air force to bed in at Ebbing’s Foreign Military Sales Pilot Training Center. Singapore will move its F-16s from Luke AFB (AZ) to Ebbing next year and will train their F-35B pilots at this training center in Arkansas.

On 4 June 2021, Scramble Magazine reported on the selection of Ebbing ANG Base as the preferred training location for the Republic of Singapore Air Force (RSAF).