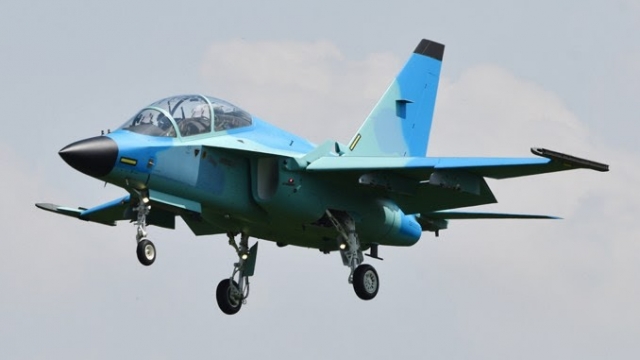 On 28 May 2021, the Venegono airport in northwestern Italy has seen the first flight of a Leonardo M346 Master sporting a three-tone blue camo paint scheme which we currently only have seen on few combat aircraft, namely Myanmarese Yak-130s, as well as MiG-29s of Turkmenistan and Azerbaijan.

Although both Ministry of Defense of Turkmenistan and Azerbaijan have been negotiating with Leonardo about the trainer jet in recent years, the talks with Turkmen authorities have entered a much more advanced stage as Azerbaijan only has signed Letter Of Intent in feb 2020.

This allows us to make a qualified assumption that the spotted aircraft with test registration CSX55263 is, indeed, a future Turkmen jet.

The M-346 aircraft was already demonstrated at the Mary-2 air base, alongside the Airbus C-295M and Leonardo C-27J Spartan military transport haulers.

They were inspected by the current President of Turkmenistan Gurbanguly Berdimuhamedov during a surprise combat readiness check back on 3 May 2018 and then temporarily loaned to the Turkmen site for testing and evaluation.

This makes Turkmenistan the second largest Italian export customer in terms of placed contracts and issues export licenses, right after Egypt, which has 24 AW149 and eight AW189 on order.

Several AW139 and lighter AW109 helicopters have already been in use with Turkmenistan border guards since 2011. 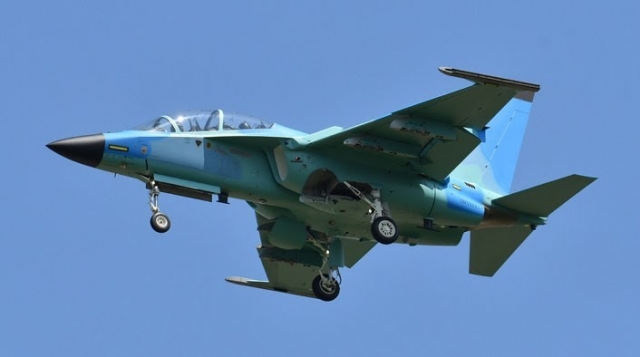 To date, 72 production M-346 aircraft have been serving with four nations: 22 with the Italian Air Force, 12 in Singapore, 30 in Israel and 8 in Poland. The order book for the type comprises additional 8 aircraft for Poland, 4 units for Qatar, the already mentioned 6 examples for Turkmenistan and 10-15 aircraft for Azerbaijan.

Additionally, on 18 April 2021, Elbit Systems has been awarded a contract for the establishment of the International Flight Training Center for the Hellenic Air Force which shall include the supply and operation of ten M-346 LIFT jets for a period of twenty years.