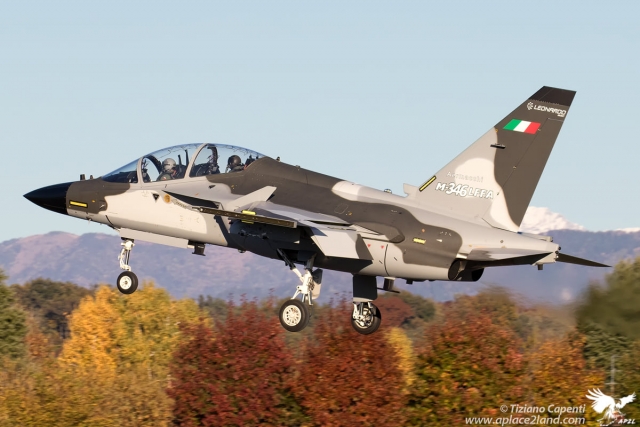 CPX625 is the first prototype in this version and has already made, although in primer, its first flight ever from Leonardo's factory field Venegono (VA) on 13 July 2020. The LFFA is a new version of the advanced Aermacchi (now Leonardo) M346 twin-engine trainer. It is an evolution of the dual role FT (Fighter Trainer) and FA (Fighter Attack) version, designed to meet air forces's growing and diversified operational requirements.

This new version is suitable for a number of mission types and the external stores that can be carried amounts to more than two tons in addition to the 138 gallons in each auxiliary fuel tank of the basic AJT version. With its new and upgraded avionics and new radar it can fly strike missions, Homeland Security and Air Policing missions, support missions for complex Personnel Recovery/Combat Search And Rescue operations and reconnaissance missions.