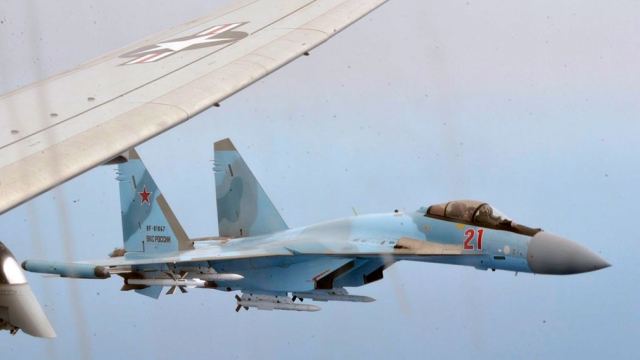 The Russian newspaper Izvestiya reported in the material of Anton Lavrov and Roman Kretsul about a major follow-up contract signed between the Russian Ministry of Defense and the JSC Tactical Missile Corporation for the R-77-1 (Izd.170-1) medium-range air-to-air missiles with active radar guidance worth 65 billion rubles (USD 860 million). This order shall finally make it possible for the Russian Federation - Aerospace Forces (RF VKS) to close the missile gap and eliminate the shortage of modern medium-range A-A weaponry with almost all types of fighters in the RF VKS inventory. The new contract is currently in the initial stage of execution and missile deliveries have already commenced, the sources added.

This, for Russian circumstances record-breaking contract is the largest known purchase of precision-guided ammunition for the Russian Air Force, greatly exceeding the previous 2015 order for the first batch of R-77-1 missiles in the amount of 13 billion rubles (USD 172 million) which were extensively tested in Syria alongside the semi-active R-27 type. While the Russian MoD did not name the exact number of ordered ammunition, based on the parameters of export contracts for missiles of this family, the new contract definitely opts for several thousand units which will be used on all modern Russian fighter aircraft such as Su-27SM/SM3, Su-30M2, Su-30SM, Su-35S, MiG-29SMT, shipborne MiG-29K, future Su-57 and MiG-35 and also on heavy MiG-31BM interceptors and Su-34 tactical bombers.

The R-77-1 missile (also known under the export name RVV-SD) is intended for Beyond-Visual-Range (BVR) engagements at the maximum front hemisphere launch range (FFR) up to 110 km (target with 3 sqm Radar cross-section) and hitting targets maneuvering with an overload up to 12g. It is suitable for destroying aircraft, helicopters, cruise missiles, UCAVs and other targets with low RCS. The new type will replace the medium-range air-to-air missiles of the R-27 family, which are long overdue to change, as they are analogue in nature and lack true fire-and-forget capability. With the new missile, the coordinates of the target are transmitted to the software and after the launch, the R-77-1 independently goes to the programmed point where, at about 30km distance from the target, it turns on its own 9B-1103M-200PA active radar homing head and autonomously determines the most effective direction of attack. An active-passive version of the R-77-1 with the combined 9B-1103M-200PS seeker is able to capture emitting targets at the range of about 200km.

The original version of the R-77 was developed by the Vympel State Design Bureau in the late 1980s as a response to the American AIM-120 AMRAAM. It was intended to be series produced at the Ukrainian enterprise Artem, but this plan went south after the collapse of the USSR. The Artem enterprise still were able to assemble several hundreds of these missiles which were then exported under the designation RVV-AE to countries like India, China, Vietnam, Algeria, Indonesia, Yemen, Venezuela and Malaysia, in small numbers also to Sudan, Uganda and Peru. Limited batches of original R-77s were also assembled in the Russian Federation at the production facility of the developer, in cooperation with Ukrainian enterprises but this type has never been officially adopted within the Russian Air Force, with only a small number ordered for the then brand new Su-35S fighters in 2009. 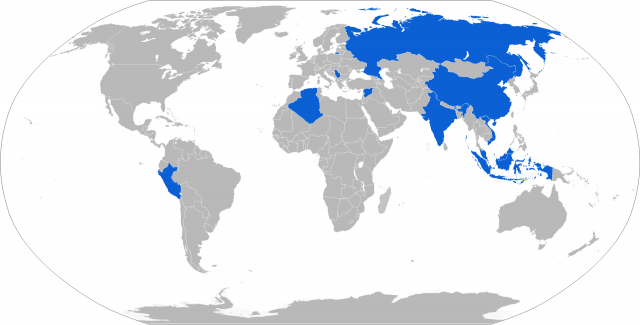 The deterioration of ties between Russia and Ukraine after 2014 forced the Air Force to search for domestic alternatives to the missile components with substantial amount of large-scale rework being carried out by the Tactical Missile Armament Corporation on import substitution and relocalisation of their production. The Moscow Research Institute Agat has helped to replace the legacy 9B-1348E seeker with 16 km acquisition range by an updated 9B-1103M homing head, which features additional modes of operation, a new digital processor for signal and data processing, a universal digital communication bus and significantly increased transmitter power and receiver sensitivity, as well as revised software allowing it to more reliably distinguish and track the target even under the condition of heavy electronic interference. It is 6 kg lighter and also has fibre-optic rotation sensors (FORS) developed by Moscow-based Fizoptika in place of inertial gyros which will give the seeker an almost instantaneous readiness capability. Compared to RVV-AE, RVV-SD also has improved aerodynamic characteristics through the use of an elongated nose radio-transparent fairing, streamlined tail end and recessed lattice steering wheel attachment units. 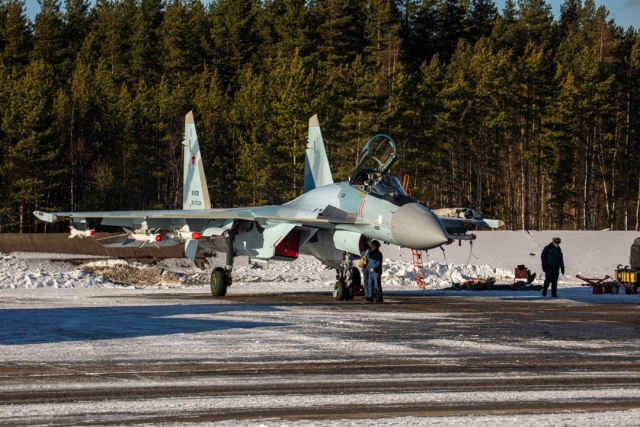 Photos: via livejournal.com and via deagel.com