The Tentera Udara Diraja Malaysia (TUDM, Royal Malaysian Air Force) Fighter Lead‐In Trainer/Light Combat Aircraft (FLIT/LCA) programme is in its final selection phase. This programme, on which Scramble Magazine reported on 4 February 2021 is also known as Capability Development Plan 2055 (CAP55) where the air force is looking for a new Fighter Lead‐In Trainer/Light Combat Aircraft (FLIT/LCA) to be acquired within the the next three years.

The programme was initially also considering to acquire a heavy weight fighter aircraft like the Boeing F-18E/F Super Hornet (Malaysia already operates the F/A-18D Hornet), the Dassault Rafale or the Eurofighter Typhoon. In 2018, due to budget cuts, the scope of the programme was changed to the purchase of a lighter weight fighter/trainer aircraft.

The TUDM wants to purchase 36 dual purpose aircraft in a two phases acquirement plan: eighteen aircraft in phase 1 through the submission of the new projects 2021, and another eighteen in phase 2, under the thirteenth Malaysia Plan (RMK-13). The new LCA will provide support to the current F/A-18D Hornet and Sukhoi Su-30MKM fleet while the FLIT must replace the MB339.

The final selection is about three type of aicraft for the dual FLIT/LCA role. The South Korean KAI FA-50 Fighting Eagle, the Indian HAL Tejas LCA and the Pakistan/China PAC/Chengdu JF-17 Thunder. It is reported that the Leonardo M346 Master and the Yakolev YAK-130 Mitten have since been cut from the competition. 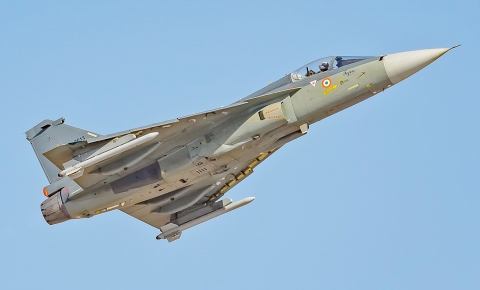 It remains to be seen which one of the last three competitors will get the final nod. The current rumour is that the JF-17 Thunder is favorite, due to a better weapons capacity.