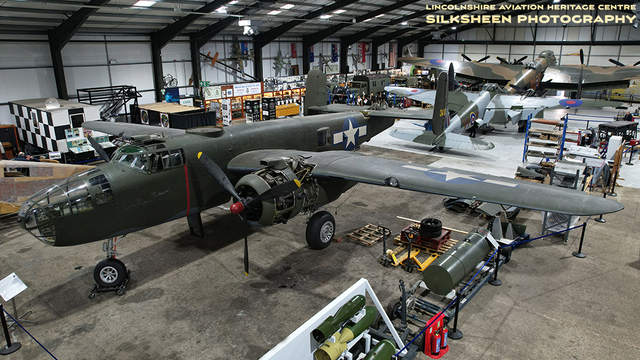 Scramble reported earlier this month on the relocation of some aircraft of the RAF Museum collection. A Mustang and Vampire are bound for Australia, while a Junkers Ju-52/3m is destined for the Battle of Britain Museum at Hawkinge.

The North American B-25J Mitchell of RAF Museum Hendon, serial 44-29366 (c/n 108-32641) has found its way to the Lincolnshire Aviation Heritage Centre in East Kirkby. The various components of the disassembled plane arrived there on 9 and 10 November.

After a thorough inspection of the airframe the LAHC engineers have now reassembled most of the B-25. This inspection has been performed with an eye on the future.

East Kirkby happens to be the home of taxiable warbirds, like Mosquito HJ711 and Lancaster NX611 ‘Just Jane’. Although the Mitchell is in static condition and has not moved under its own power since 1979, the people of the Lincolnshire Aviation Heritage Centre consider to bring it back to life. 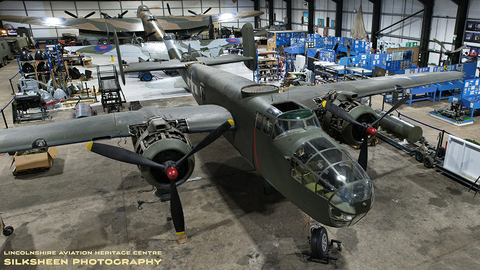 Mitchell 44-29366 has an interesting history: delivered to the USAAF in September 1944 it did not see combat, but was used by various Wings of Air Training Command.

Later N9115Z became a movie star in motion pictures like ‘Catch 22’and ‘Hanover Street’. In 1979 the Mitchell was acquired by Doug Arnold for his Warbirds of Great Britain Collection and based at Blackbushe. 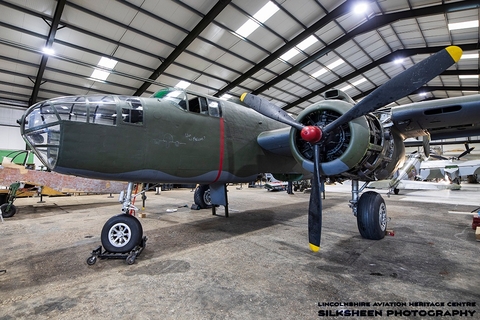 Three years later the Ministry of Defense bought the plane for the RAF Museum Hendon. From October 1982 the Mitchell was on static display there, painted as ‘34037’.

After its arrival in East Kirkby some joker chalked on the nose: 'Wot, no Merlins?' Hopefully, despite that, the Lincolnshire Aviation Heritage Centre will be able to revitalize the famous bird. A fascinating perspective!