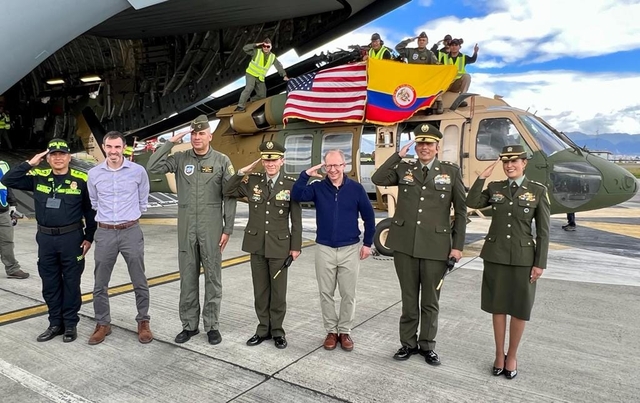 The twelve new UH-60A+ Black Hawks will be used for a variety of missions, like anti-crime operations and environmental protection. Their delivery was already announced last April.

The Colombian national police is already flying the Black Hawk for many years, with eleven UH-60L delivered from late 1999, of which nine are still active, and ten UH-60As delivered from mid-2017.

With these additional helicopters, the total number of Black Hawks in service with the police will become 31. 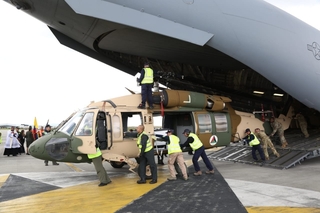 Interestingly, photos of the actual delivery showed at least one of them is a former Afghan Air Force (AAF) helicopter, that has escaped the country in August 2021 following the take-over by the Taliban. Afghan serial 23308 (US Army 79-23308) was seen being unloaded in Bogota.