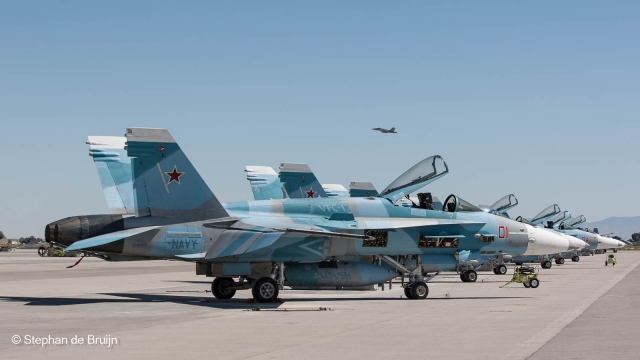 Most probably soon in theatre: additional US Navy F-16s!

The US Navy Reserve Tactical Support Wing (TSW) is using F-5N/F Tiger IIs and F/A-18A/C/D Hornets to support adversary missions for the US Navy active fleet. The force is taking steps to recapitalize the adversary fleet with refurbished fighters.

The current fleet of 31 Tigers (all former Swiss Air Force) is assigned to Fighter Squadron Composite (VFC) 13 Saints ('AF-xx') at NAS Fallon (NV) and VFC-111 Sundowners ('AF-1xx') at Key West (FL). In order to increase the number of adversary aircraft, the US Navy purchased a further eleven F-5E/F aircraft from Switzerland in fiscal 2020. The additional Tigers will be modified with modern avionics and an airframe reconfiguration to match the current active US Navy airframe configuration. The new aircraft will be dispersed to both VFC-squadrons from 2022-2025 and will be designated as F-5N+ and F-5F+.

The 27 legacy Hornets are assigned to Strike Fighter Squadron (VFA) 204 River Rattlers ('AF-4xx') at NAS JRB New Orleans (LA) and VFC-12 Fighting Omars ('AF-xx') at NAS Oceana (VA). These Hornets are the last in US Navy service and are becoming very expensive to operate (the cost per flight hour is some USD 44,000!), so the US Navy wants to get rid of these Baby Hornets as soon as possible. 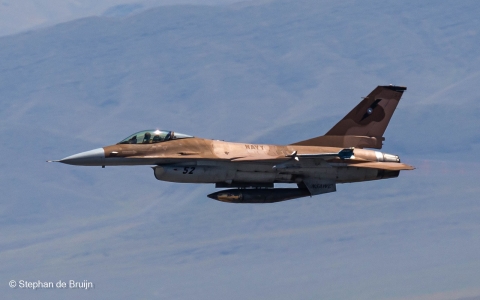 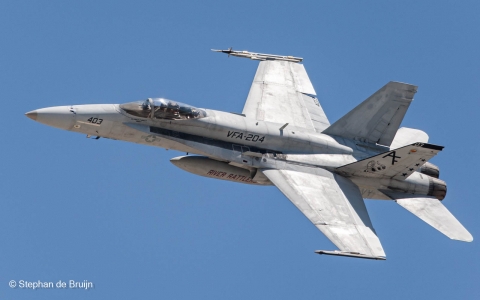 VFC-12’s transition from the F/A-18A/C/D Hornet to the FA-18E/F Super Hornet Block I is planned for fiscal year 2021. As there are not enough Block Is available right now, the US Navy is forced to search for alternatives for its TSW adversary fleet. By surprise, Vice Admiral John Mustin, chief of the Navy Reserve, stated that he is proposing to acquire surplus US Air Force and Air National Guard F-16s.

Mustin also said that his adversary aircraft face sustainment issues and are in need of upgrades to meet current threat-representative capabilities. These will include Infrared Search and Track Systems as well as the evolution of the Adversary data link known as RedNet. The Vice Admiral also informed the defense subcommittee of the House Appropriations Committee that within the next decade, 62% of the US Navy Reserve’s current adversary aircraft will be retired due to the high cost of each service hour, or because they have reached the end of their service life. 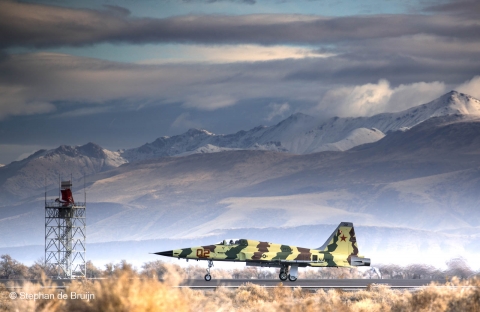 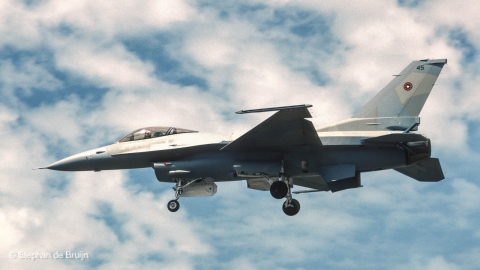 First deliveries of these modified (stripped to save weight) aircraft started in June 1987, with final deliveries in February 1988.

The stripped aircraft, assigned to VF-43 Challengers, VF-45 Blackbirds at Key West and VF-126 Bandits and the Naval Fighter Weapons School (NFWS) Top Gun both based at NAS Miramar (CA), were already phased out between 1991 and 1994, after the thirty aircraft experienced metal fatigue.

After this withdrawal, the US Navy purchased fourteen other F-16s: ten F-16As and four F-16Bs, all Block 15s. These Fighting Falcons were all embargoed Pakistani aircraft that were brand-new, straight from the Lockheed Martin production line and stored at the 309th AMARG. The fourteen aircraft were delivered from late 2002, and all were assigned to the Naval Strike Air Warfare Center (NSAWC) at Fallon. That unit was redesignated into Naval Air Warfare Development Center in 2015. These fourteen Vipers are still flying from the Nevada air base.