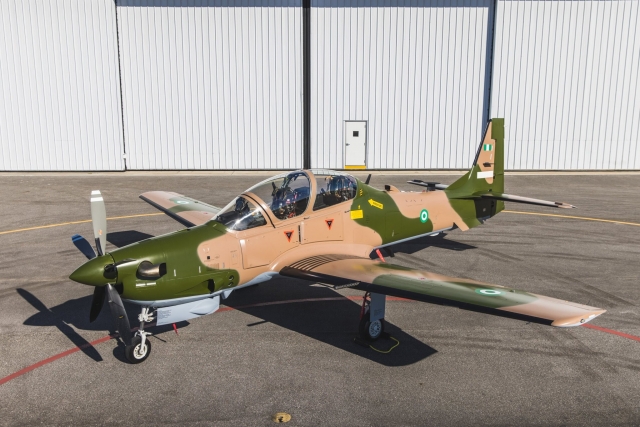 In the first week of March 2021, a Nigerian Air Force (NAF) A-29B Super Tucano was presented in a splendid looking new camouflage at Moody AFB (GA). The identity of the aircraft is unknown, nor if it will be delivered on short notice.

Referring to our news items on the NAF Super Tucanos of 13 December 2020 and 13 November 2020, the aircraft are currently flying with the 81st Fighter Squadron at Moody AFB, where all Super Tucano training is provided for those air forces that have purchased the aircraft. 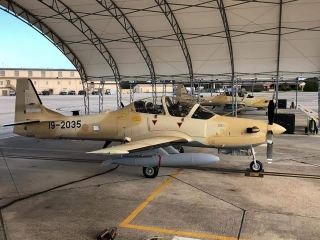 The Super Tucanos will be based at Kainji Air Base (Nigeria). With help from the US, the NAF started at Kainji with upgrades and renovation work in August 2020 and the work included a new airfield hot cargo pad, perimeter and security fencing, munitions assembly and storage, small arms storage, a flight annex wing building for simulator training, airfield lighting, and various airfield apron, parking, hangar, and entry control point improvements. Kainji Air Base is located near the city of New Bussa, is named after the Kainji Lake which is situated nearby.