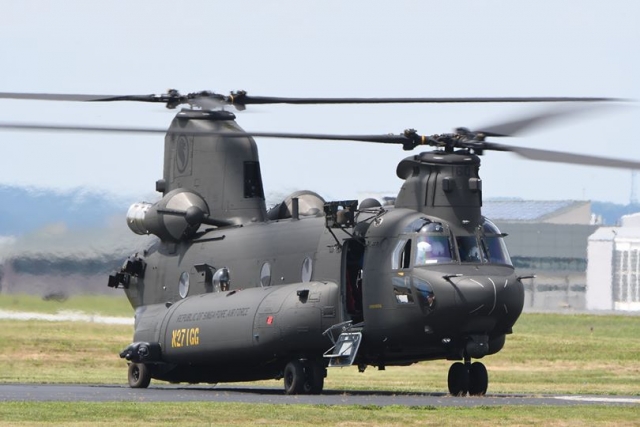 The Australian Ministry of Defense has confirmed the Republic of Singapore Air Force (RSAF) will increase the number of CH-47F Chinooks based at the Army Aviation Training Centre at Oakey (Australia). This move is part of a bilateral agreement between Australia and Singapore.
It is reported that ten newly built CH-47Fs, part of an unannounced Singaporean order for sixteen helicopters signed in November 2016, will be based at Oakey. The first of the new helicopters are expected to arrive in the first quarter of 2021, by shipment from the US directly to Singapore.

Five RSAF CH-47D Chinooks have been based at Oakey under the Oakey Agreement between the two countries since 2018. It allows up to sixteen helicopters to be based in Australia for pilot training at any given time.

The agreement was signed in October 1996 and included provision for up to twelve Airbus Helicopters AS332M/M1 Super Pumas to be relocated from Singapore to the Army Aviation facility at Oakey, with an option to include Chinook helicopters at a later date. The Oakey Agreement came into effect with the arrival of the first helicopters in September 1998. The Super Pumas have since returned to the island nation, replaced by the five CH-47Ds. It is not yet clear what will happen to the five heavylift Chinooks currently at Oakey once the new helicopters are delivered.

The RSAF currently has sixteen CH-47SD Chinook transport helicopters in its inventory. The Chinooks are operated by 127 Squadron at Sembawang (Singapore), with the mentioned detachment of five Chinooks at Oakey (Queensland, Australia) for training.