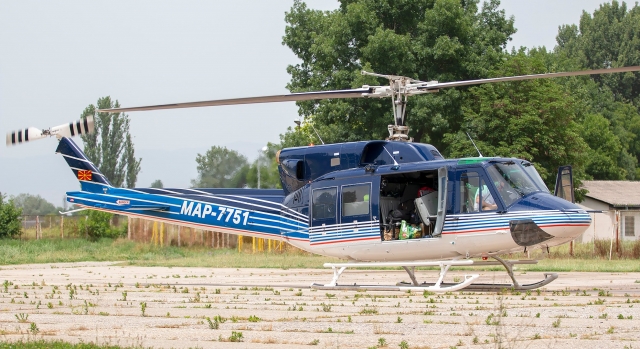 The Avijaciska Edinica na Makedonskata Policija, which translates as Aircraft Unit of the North Macedonian Police, has a small fleet of helicopters. Two Mil helicopters are based at Skopje-Petrovec, Mil Mi-17V-5 MAP-7714 and Mi-171 MAP-7710. These two remain from the original four that were delivered. One Mi-17V-5 and one Mi-171 were written off in 2014 and 2020.

Additionally three helicopters are based at the heliport of the Faculty of Security at Idrizovo.

This helicopter, with serial MAP-7751 (msn 5626, ex Z3-HHB), is already 43-years old. So, it was considered time for a modernisation. The chopper received a new tail section, high skids and an update of its avionics. This was carried out by Patria Helicopters in Sweden. MAP-7751 departed for Sweden in December 2019.