It was stated by the 56th Fighter Wing, the overall unit at Luke AFB, that when a combat mission demands it, stealth is sacrificed for a maximum weapons configuration. Most wars and conflicts are different. It is a fact that eventually they all will end with "boots on the ground". That is when troops on the ground rely on Close Air Support (CAS). This is mostly after "Air Superiority" has been achieved and/or enemy Air Defences and Electronic Warfare are very low or weak and little or no Suppression of Enemy Air Defenses (SEAD) and Destruction of Enemy Air Defenses (DEAD) missions are needed to be flown.

As for training at Luke, it is important for student pilots to have some exposure during the B-Course training syllabus. Because when they are in a combat situation, supporting ground troops with CAS, they will fly a very similar configuration. By flying this really unique configuration, there are often times where they will take off, fly a simulated combat mission and have to come back at Luke, and land with those heavy-weight munitions. That presents an extra challenge that a lot of student pilots never get to experience until they are put into a real combat situation.

In 2019, the 63rd FS F-35As took to the skies multiple times with a Beast Mode configuration as part of "Exercise Panther Beast". It is unknown to Scramble if "Exercise Panther Beast" has been adopted as overall name for these kind of operations at Luke. Until now only a few sightings have been noted at Edwards AFB (CA), China Lake (CA) and Patuxent River (MD). Operational and training sightings have been noted with the 63rd FS at Luke and some US Marines squadrons worldwide. Also the Royal Netherlands Air Force occasionally flew the Beast Mode configuration from Edwards. 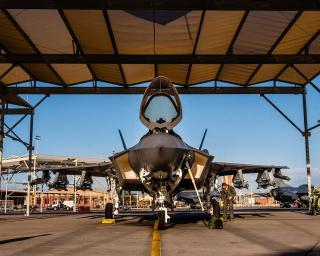 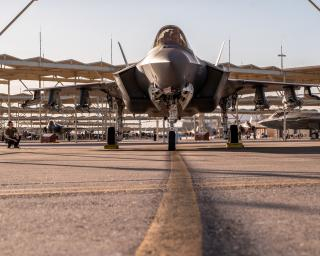 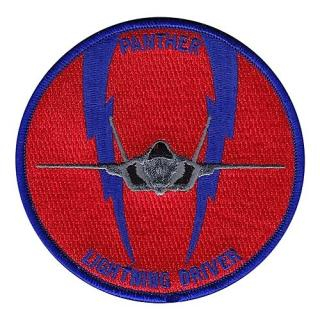 The 56th Fighter Wing is employing innovative practices to ensure its F-35A pilots are prepared for all combat operations. The 63rd Fighter Squadron recently implemented the Beast Mode weapons configuration on its F-35s during training sorties. This configuration consists of six inert 500-pound GBU-12 laser-guided bombs, four loaded externally on the wings and two internally in the weapons bay, as well as an AIM-9 training air-to-air missile. The Lightning II can carry up to 22,000 pounds of combined internal and external weapons.

The F-35A can be loaded with a wide variety of weapons configurations. The aircraft can be set up for a stealth air-to-air/air-to-ground configuration where all of the munitions are loaded internally or there are other situations where there is a need to go to war with a heavy amount of weapons. The Beast Mode configuration enables the student pilots to understand how the F-35A will respond while carrying a heavy load out on a combat mission. It was stated that even though the F-35A is an incredibly powerful aircraft, when you strap on six heavy weight laser-guided bombs and missiles, it handles and flies dramatically differently.