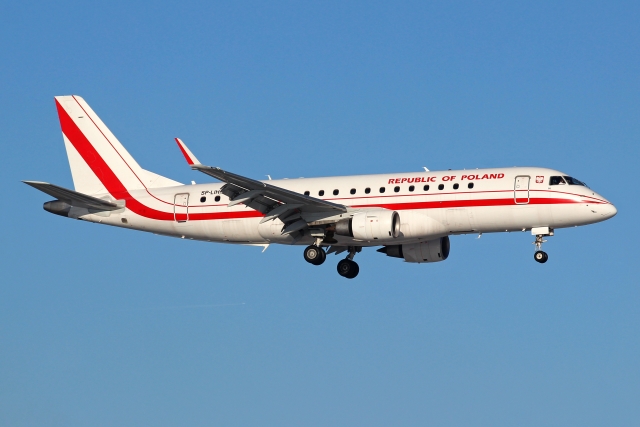 A specialised public procurement unit within the Polish Ministry of Defence named the Polish Inspectorate of Armaments is planning to extend the contract with LOT Polish Airlines for one year. This contract has a total value of PLN 99 million Zlotys (USD 27 million). LOT has been operating two Embraer ERJ-175s (serials SP-LIG and SP-LIH) for the exclusive use of the Polish Government since the withdrawal of the Tu-154s and Yak-40s in 2013 and this will continue till the end of 2021.

In 2016, the Polish Government signed a contract to acquire two Gulfstream Vs for the Sily Powietrzne RP (Polish Air Force). These Gulfstream Aerospace business jets (serials 0001 and 0002) were delivered in 2017.  In 2017, there was also a contract signed for three Boeing 737-800s of which the first (serial 0110) was delivered in the same year as the contract was signed. The other two Boeing 737s (expected serials 0111 and 0112) were supposed to be delivered in 2020, but due to the Covid-19 Pandemic the deliveries were delayed.

The Polish Ministry of Defence said: “The Boeing Company informed us that due to the complications resulting from the Covid-19 Pandemic, it would not be able to deliver the aircraft in time, and said that the deliveries could happen not earlier than in March 2021. If there are further obstacles due to the pandemic, the current deliveries timeline and certification could be further delayed.