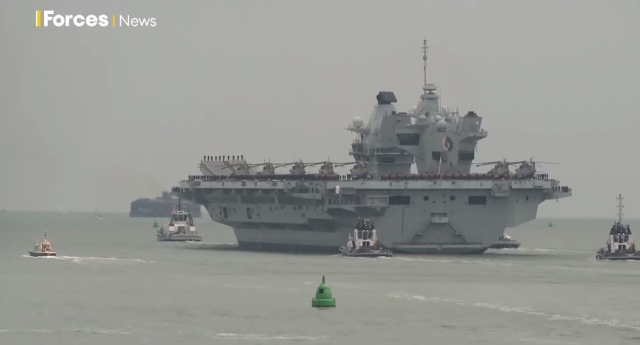 On 1 May 2021, the aircraft carrier HMS Queen Elizabeth (R08) departed Her Majesty's Naval Base Portsmouth (HMNB Portsmouth) on her first maiden deployment.

The Carrier Strike Group (CSG) is scheduled to visit more than 40 countries and conduct more than 70 engagements, including dual carrier operations with French aircraft carrier Charles de Gaulle in the Mediterranean. Engagements are scheduled with India, Japan, Singapore and South Korea. The strike group will also take part in Exercise Bersama Lima to mark the 50th anniversary of the five-powers agreement with Malaysia, Singapore, Australia and New Zealand. The length of the deployment is 28 weeks. 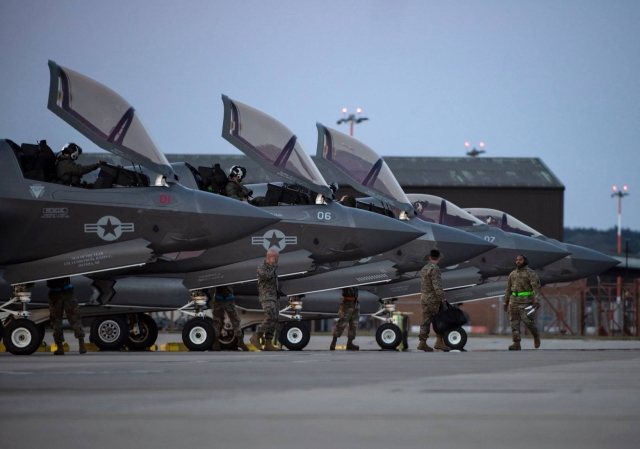 The CSG will include the Daring-class destroyers, HMS Defender (D36) and HMS Diamond (D34); Norfolk-class frigates, HMS Kent (F78) and HMS Richmond (F239) ; an Astute-class attack submarine; and the support ships RFA Fort Victoria (A387) and RFA Tidespring (A136). In addition, the Dutch frigate HNLMS Evertsen (F-805) and US destroyer USS The Sullivans (DDG-68) will accompany the carrier group.

Overview of the 32 aircraft and helicopters known to be deployed: 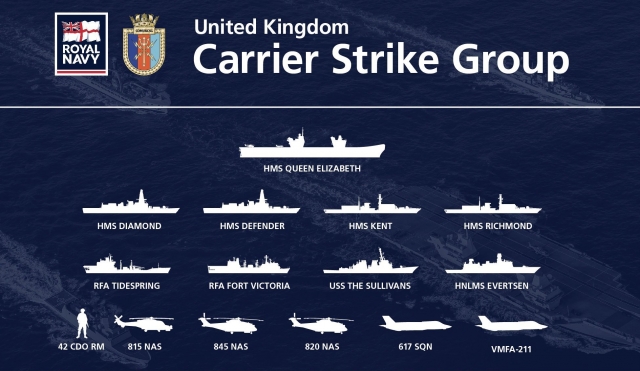 If you have updates on the aircraft and helicopters, please let us know at This email address is being protected from spambots. You need JavaScript enabled to view it.